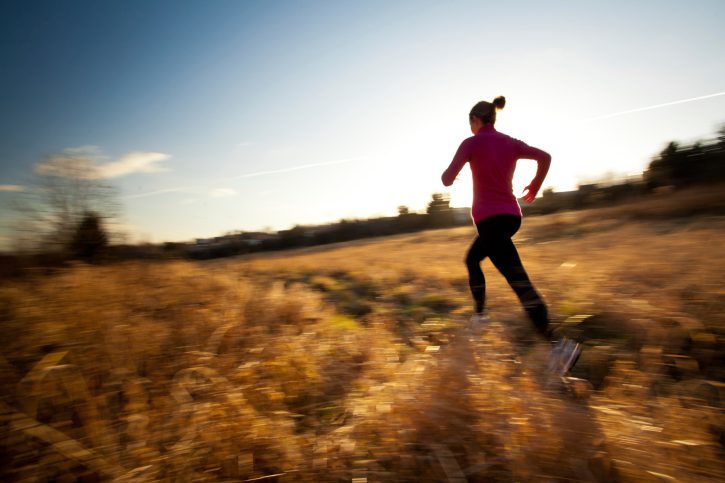 Exercise addiction has been suggested to occur when an individual loses control over their behaviours and when classical symptoms of addiction, including psychological discomfort, begin to appear. Many believe it’s most common in those who perform high volumes of training, such as marathoners and ultra-marathoners.

Few studies have been done to investigate this so-called behavioural addiction and fewer still have used tools and surveys that tell us anything about who may be at increased risk and what the risk factors are.

One tool that has shown some effectiveness is the Exercise Addiction Inventory which looks at six specific aspects of addiction which can all be applied to exercise:

Recently, a team of researchers from Spain used the Exercise Addiction Inventory to explore if and how a number of factors were linked to greater risks of exercise addiction in 242 people, 95 of whom were ultra-marathoners. The rest were university student athletes. Their findings were published in the Journal of Behavioural Addictions.

Males scored higher than females and were about three times as likely to be at risk.

Interestingly, when athletes competing in different sports were compared, those competing on team sports scored higher and were at greater risk than athletes in individual sports.

Possibly most interesting, the volume of weekly exercise wasn’t related to exercise addiction scores among runners. Oddly, runners who ran less actually scored higher than those who ran more. Note that in order to test this, all participants were separated into two groups, which was divided between those doing more or less than six hours per week of exercise. However, only about 12 per cent of the runners ran less than this cut-off.

Some of the conclusions of the present study suggest that the risk and incidence of exercise addiction — still a controversial topic — may vary greatly depending on the type of sport or exercise. Males may also be at slightly increased risk but this does not seem related to the overall volume of exercise performed.