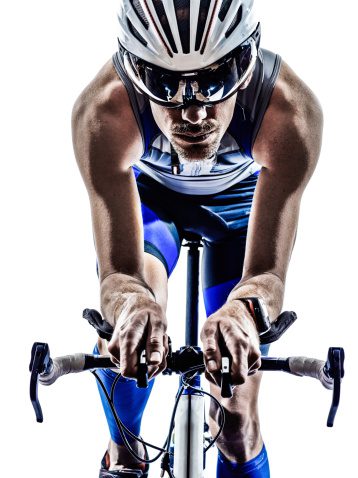 Everyone wants to ace their taper and get the best performance return they can from their training, but to a lot of runners — even experienced ones — hitting the perfect taper is an operation still partially based in guesswork.

A new study, to be published in the upcoming September issue of Medicine and Science in Sport and Exercise, is shedding a small amount of light on the confusing topic, but the results are certainly not definitive.

Researchers had 33 triathletes assigned to two groups over an eight-week span. Ten athletes were assigned to a group that followed normal training for four weeks, then completed a four-week taper. The other 23 athletes followed one week of moderate training, three weeks of higher volume training where workout times and distances were increased by 30 per cent, and then also followed a four-week taper where volume was decreased by 40 per cent. Throughout the study, all the subjects had their VO2 maxand cycling performances tracked.

The group who continued normal training saw moderate increases in performance after one week of training, after which results began to vary and the longer taper became less obvious as being beneficial.

The group that increased their training saw mixed results, but there were two distinct groups. Eleven of the 23 athletes saw much smaller performance increases than even the 10 who maintained normal training and told researchers they felt fatigued. The other 12 athletes saw similar results as the control group after a single week of tapering, but after two weeks saw huge improvements in performance, seeming to have hit a better balance of training and taper. After three weeks of training, benefits similar to after a single week were observed and after four weeks the benefits became varied.

So, with the right balance of hard training and a two-week taper before a goal race, there seems to be a way to maximize performance benefits but the there is a gamble to be made which the research hasn’t yet figured out.

Although the study may not be as useful in applying to your own workouts until more of the factors that contribute to the taper are figured out, it does help in slowly removing the guesswork from an often confusing aspect of training.