Canada has enjoyed a lot of success at the Commonwealth Games in triathlon over the years. In 2002, the year the sport debuted at the Games, Simon Whitfield and Carol Montgomery took gold. Since then Kirsten Sweetland won silver (2014) and in 2018 Joanna Brown took the bronze medal. There will be a full complement of Canadians in the field for the triathlon event in Birmingham on Friday, with Tyler Mislawchuk arriving as a medal contender.

The individual races in Birmingham takes place in Sutton Park and features a 750 m swim, a four-lap, 20 km bike and a two-lap, 5 km run. On Sunday there will be a mixed relay and the PTVI Para Triathlon race.

The buzz for the men’s race at the Commonwealth Games is around England’s Alex Yee and New Zealand’s Hayden Wilde, who finished second and third at the Olympics last year. They’ve both won twice on the World Triathlon Championship Series (WTCS) this year, with Wilde winning in Leeds after being part of a crash that took Yee out of the race. Mislawchuk, who’s medal hopes in Tokyo were scuttled by an Achilles injury last year, bounced back with a runner-up finish at the Huatulco World Cup last month. If he’s healthy he should be in the mix for the podium on Friday. He’ll be joined on the start line by fellow Canadians Charles Paquet and Martin Sobey.

You can see the full men’s start list here. 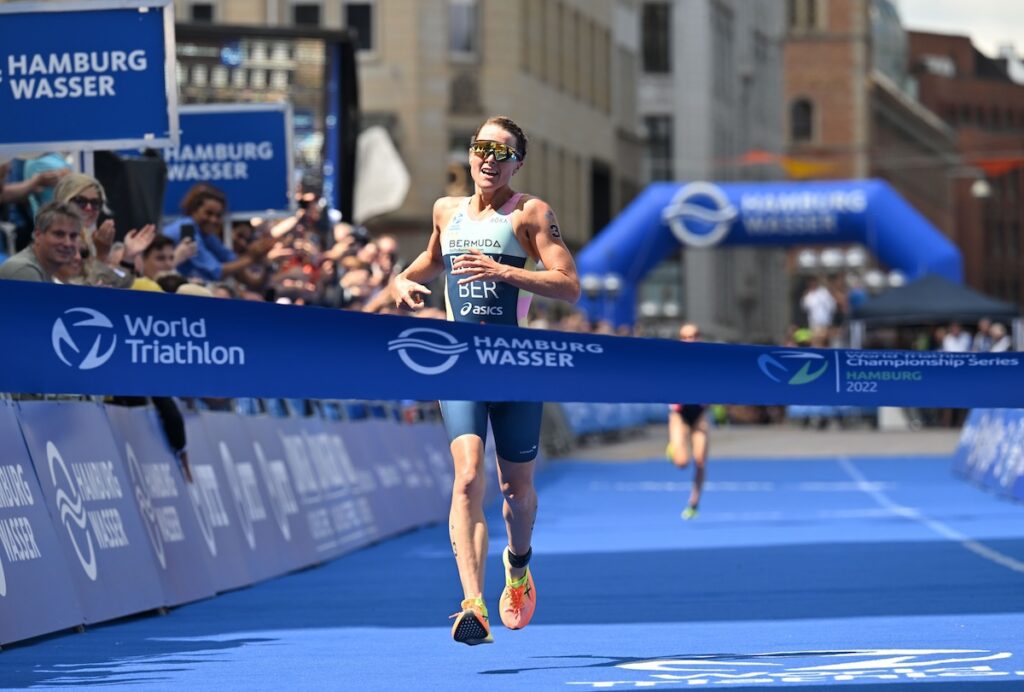 Bermuda’s Olympic gold medalist Flora Duffy is looking to defend the title she won at Australia’s Gold Coast four years ago, but she’ll have to contend with a very hot Georgia Taylor-Brown, the silver medalist from Tokyo last year. The Brit leads the WTCS series with wins in Yokohama and Montreal to go along with her silver from Leeds. Add to the mix British team mate Sophie Coldwell and Scotland’s Beth Potter and you have a list of women who are in top form looking to contend for the win on Friday.

Canadians in the field include two-time Olympian Amelie Kretz, who makes a return to racing in Birmingham, along with fellow Quebec athlete Emy Legault, who is enjoying a breakthrough season this year, and Dominika Jamnicky.

Triathlon Magazine Canada editor Kevin Mackinnon is on the way to Birmingham to cover the event, so stay tuned for lots more updates and coverage from the event.