Julie Miller, the Squamish resident who was recently disqualified from Ironman Canada and had her Kona slot revoked, has now been suspended from Ironman competition, according to media reports. 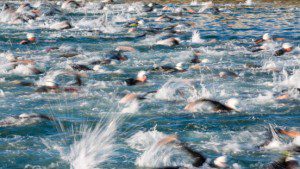 Slowtwitch.com reported today that Miller has been “indefinitely suspended from entering all Ironman events.” A story posted online on the Vancouver Sun website today also reports that Miller has been retroactively disqualified from Ironman Canada in 2013 and the 2014 Subaru Vancouver Triathlon, where she qualified for the ITU Long Distance World Championship held in Sweden earlier this year. Miller won her age group at last year’s ITU World Championship in Weihai, China. That result was also reviewed by race officials after questions were raised about Miller’s run split, but she retains that title.

In both the 2013 and 2015 Ironman Canada races Miller didn’t have any run splits and her run time had to be manually entered. According to a source involved in the 2015 event Miller reported that her chip had fallen off during her bike to run transition. (According to officials at Sportstats, the timing company that timed both the Ironman Canada and Subaru Vancouver Triathlon, about 30 to 40 pounds of force is required to take a chip off its strap. Photos of Miller competing in the run show a timing chip strap on her leg, which would imply that the chip had either malfunctioned or had fallen off somehow.)

When contacted by Triathlon Magazine Canada about her initial Ironman Canada DQ, Miller provided this statement:

“I know the race I ran throughout the whole course. I know how I performed and the training that went into that performance, and I am confident in the results as they were originally announced.”

We have reached out to Miller for comment, but as we publish this story we have not heard back from her.