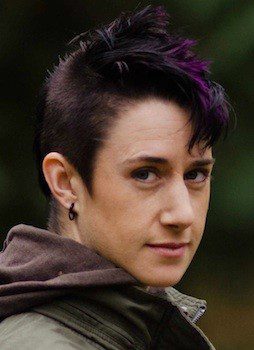 On a soggy day in Tennessee, which led to nasty injuries like this and this (not for the squeamish), Canada’s Rachel McBride was well on her way to victory before American Lesley Smith spoiled the party at Challenge Knoxville.

American Jennifer Spieldenner led the swim (25:15), which put McBride and Smith over 3 minutes behind. Once on the bike, McBride rode a fierce 2:26:53 split to get herself to the front at the end of the bike segment, just ahead of Australian Rebekah Keat, who rode the second best split of 2:29:15. Keat would eventually have to pull out of the race during the run due to a calf injury.

“Nothing sucks more having to pull the pin when feeling amazing and in 2nd within striking distance for a win can’t believe it,” said Keat on Twitter. “The mind & heart were so ready for a hard fast run but my leg wasn’t right from the start! Managed it then BANG it went at mile 10!”

McBride ran tough but simply ran out of gas in the closing stages of the run and had no response to the hard charging Smith who posted a remarkable 1:23:43 half marathon to win in 4:31:20.

“Another epic race, another lead until the very end, another heartbreaking pass to get knocked off the top spot,” said McBride on Facebook. “Started strong on the run, but started to fade hard in the last few kms. Smith came out of nowhere with about 200m to go. She was flying; I was dying. Impossible to respond.”