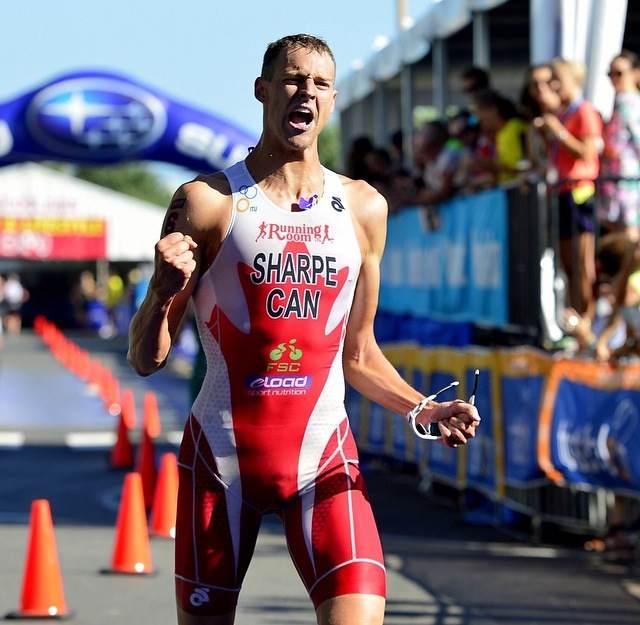 After a string of injuries over the last few years, B.C.’s Matthew Sharpe finally found himself on top of the podium last weekend at running race. While it won’t help him towards Rio, a goal he was focused on in 2014, the win was still significant. Just two years ago, Sharpe had to take a running hiatus after a hip injury that delayed his racing that year. TMC caught up with Sharpe to see if he’ll be returning to the ITU world cup season opener in Mooloolaba this weekend and what racing this year will look like.

Congrats in your win at the Bazan Bay 5K over the weekend. How does that race fit into your overall plans this season?
I’ve been out of the country a lot over the past couple of years so it was nice to finally race at home! No ITU points at this one, but in terms of local bragging rights it was massive. Nice having my mum there as well as she often doesn’t get to see me race.

What races are you focused on in the short term and long term?
In the short term I’m off to Sarasota for the Pan American sprint championships. People might be surprised to hear but I don’t actually have a set long term plan at the moment. Right now I’m just taking every race as it comes and seeing where it leads me. That being said, there are a few opportunities to race in Canada this summer and I’d like to really nail those. Being the elite national champion is something I would also like to achieve.

The Mooloolaba ITU World Triathlon world cup, where you placed second last year, is this weekend. Will we see you on the start line this year?
Unfortunately I won’t be on the start line in Mooloolaba. We thought about heading down for it but based on my current fitness I’m more likely to perform well in Sarasota.

Do you think you have a good shot at making it to Rio?
A lot of things have to fall into place for me to be on the start line in Rio, chief among them staying healthy. At the moment staying healthy and putting myself on other start lines is my main focus. If I can do that then the Olympics becomes much more realistic!

Which is your favourite of the three sports?
Do the post-race beers count? Haha, in all seriousness I think it depends on each race. Sometimes you’re nailing a technical bike course, just flying through it and feeling great. That’s super nice. Or you’re having a great day on the run and blow past people (at least, I’ve heard that’s great too). Or maybe you’re about to jump into a lake with glass-like water and you’re the only one there.