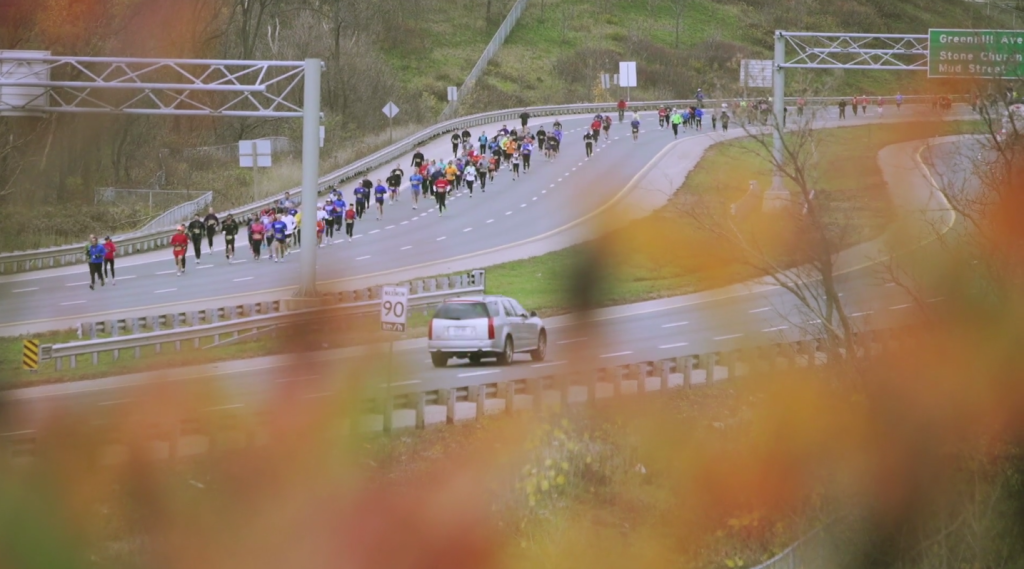 A 56-year-old Hamilton runner died Sunday morning after collapsing only 10 metres from the finish of the city’s Road2Hope half-marathon in Hamilton Ont. He was rushed to hospital but died shortly after collapsing.

After collapsing, paramedics performed CPR on him and used a defibrillator, according to David Hiddleston, who was there watching the race. The man neared the finish  about 1:40 after the race started.

“He looked like a pretty fit guy,” says Hiddleston, who says medical staff attempted to revive the man for about 20 minutes before an ambulance arrived to rush him to hospital. Media reports that St. John Ambulance was on scene, but Hiddleston was surprised that an ambulance “didn’t seem to get there that fast.” He does note there were plenty of first responders and paramedics who acted quickly.

The race was detoured and, for a few minutes, stopped to allow paramedics the space to provide medical attention. Because of his time of collapse, many runners were finishing at a similar time.

The man was a regular runner and known within the Hamilton community, according to local media. The man’s identity has not been released publicly.

Police have said they will not be investigating the death.

“Unfortunately, events such as today can happen at marathon races and our medical staff were prepared and ready to respond,” noted a press release from race organizers on Sunday.

A man also collapsed at the Road2Hope marathon last year and rushed to hospital, though that man, Ted, survived and recovered. He was 57 years old.