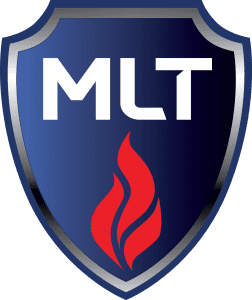 Triathlon is becoming a more spectator-friendly sport with the introduction of a Major League Triathlon team in 2016. The MLT is based in the United States, but they announced their pro team rosters earlier this week and it includes a few Canadians.

Leanna Lee, Alexander Hinton, Joanna Brown and Madi Serpico are the four Canadian athletes among the 32 triathletes to have signed on for MLT’s inaugural season. These 32 athletes will compete on the league’s eight teams at four races across the United States. Races will take place in a super-sprint format, similar to that of the 2013 ITU Mixed Relay World Championships in Hamburg. Athletes will race in teams of two male, two female athletes and each will complete a sprint distance triathlon before tagging the next.

Reppin' the Sarasota Suns this summer in this exciting new series! Thinking of racing? Message me for a DISCOUNT! https://t.co/SYQWTMWLfs

TMC asked Lee about the new league. “I’m really excited,” she said. “This race series aims to foster a greater sense of community within the triathlon world. The races will feature post-race concerts and beer gardens, as well as a lot of interaction with the Pros with  Q&A sessions, pro panels and meet-and-greets, as well as Pro-led clinics over the course of the race weekends. Each member of the relay team will perform a

Lee explained that there are also other incentives. “There are race primes for the five fastest individual circuits performed by males and females at each race. The team that wins the overall series is awarded a bonus of $5,000 per athlete.

The pro teams are modeled after Major League Baseball.  The concept resembles an “east meets west” conference and a culmination in the World Series.

The first race kicks off in Temple, Texas from April 15th – 17th.