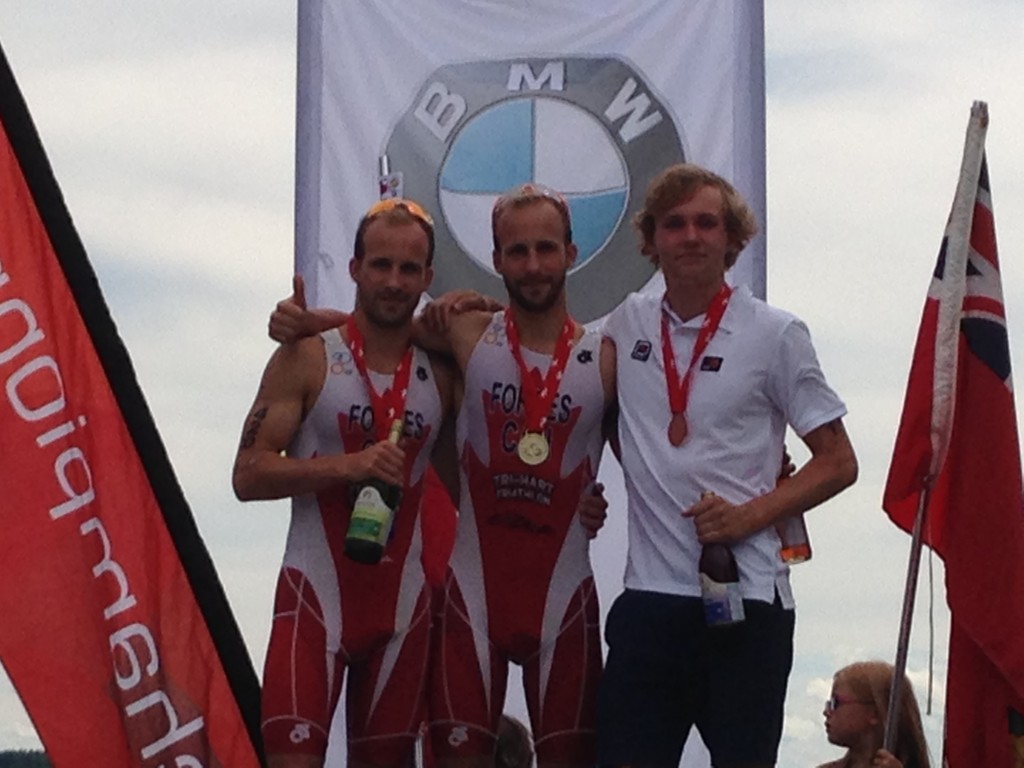 In the junior elite category, Canada’s top paratriathlete Stefan Daniel proved his disability doesn’t hold him back, as he out-ran Charles Paquet (2nd), and Cooper Bentley (3rd) for the junior national title. Manitoba’s Kyla Roy also had a breakthrough race, outrunning 2013 Canada Games champion Emily Wagner, with Hannah Henry from Victoria rounding out the podium. In the CAMTRI Pan American Cup, a large group of men headed out together on the 10 km run, but Eli Hemming from the U.S. broke the tape, finishing ten seconds ahead of Eder Mejia from Mexico. The Canadian Forbes twins battled it out for the bronze medal, with Taylor crossing the line only 3 seconds ahead of his brother.  The national championship podium, and U23 national champions, consisted of Taylor Forbes in first, Austen Forbes in second, and Russell Pennock from Calgary in third. 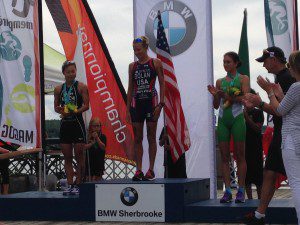 In the women’s event, American Erin Dolan took the win. She explained, “Three of us had about a 25 second lead to the chase pack out of the water, but the chase pack included some awesome Canadian cyclists who caught us. When we all entered into T2 together I knew I needed to go early in the run to separate myself, so I surged hard the first mile, and then worked the rest of the 10k to maintain my pace. The start list was huge for a continental cup, which made the race a lot of fun! I love racing in Canada. The people are always really friendly and very accommodating. “ Second place was Mariko Adachi from Japan, and Vanesa De La Torre from Mexico finished in third. 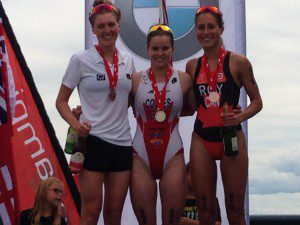 On the National podium, Regional Triathlon Centre Guelph athletes dominated the stand, with Alexandra Coates coming in first, Joanna Brown coming in second, and Karol-Ann Roy coming in third. The U23 national podium consisted of Brown, Roy, and Emy Legault from Quebec, in her Olympic distance debut.

Full results can be found at sportstats.ca