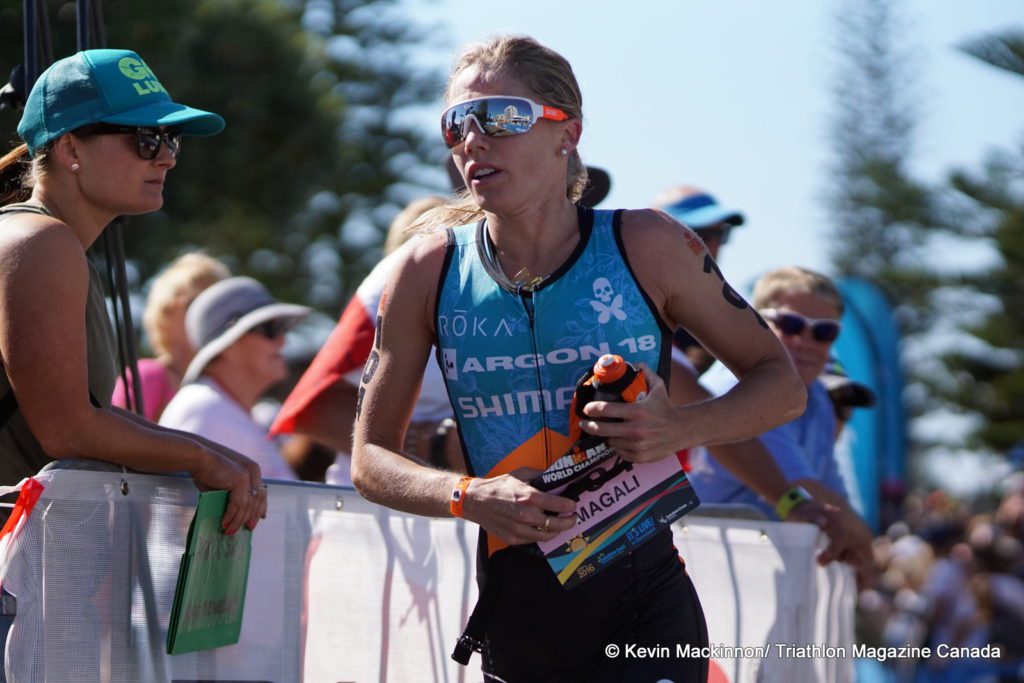 After eight years of dedicated focus on the Ironman 70.3 circuit, Mont Tremblant’s Magali Tisseyre has enlisted the help of esteemed coach and 11-time Ironman champion Lisa Bentley to make the move to full Ironman distance racing. With new training surroundings and a refreshed mindset, Tisseyre is excited to tackle her first Ironman soon in Brazil at Ironman Florianapolis and is striving to earn enough points to race on the Big Island this year.

Hi everyone! I haven't posted in a while.. I have been back home in Tremblant regrouping for a little bit. I ended up taking a big decision that I want to share: After 8 years of having 70.3 as my only focus, I realized that I needed something new. To feel the most alive, I need to face the unknown and take on something that will challenge my mind and make me work on getting stronger as a person. And so… I am very happy to share that I'll make Ironman my Everest.

“It was several things that led me to this, but I am super excited,” she told TMC.

After her 2016 season which she called her “Might Mags World Tour” — Tisseyre switched up her race schedule and raced around the world in several new locations, becoming the Ironman 70.3 South American champion along the way — she entered 2017 feeling uninspired and questioning whether she wanted to compete anymore.

“I was down in California with my coach, Paolo Sousa and the Triathlon Squad, and I was struggling. I suppose I had outgrown the fully immersed training environment. T There was a time when I needed it and I thrived in those surroundings. There is no question that Paolo is a gifted coach and helped me reach new levels on the Ironman 70.3 circuit. But I needed a more balanced approach. I just wanted to go home and be “Magali the person” again.

Tisseyre says in reality, she had been struggling for a year and half to find the drive and passion that had helped her towards dozens of wins and podiums throughout her career in the past. She also found it hard to be way from home for so long, especially leaving Mont Tremblant so soon after moving back.

“I realized I had never been more unhappy,” she says of her time back in California earlier this year.

After heading back to Mont Tremblant, contemplating retirement and taking some time fully removed from the sport, Magali drew support from family and friends and began some light training. She felt inspired by local athletes training at the Mont Tremblant pool and out running in the cold and the snow and saw their love of the sport. She realized that her intense focus on winning Ironman 70.3 world championships and fear of not being good at the full distance had zapped her passion. She wanted to just love her sport again like everyone else.

“Winning 70.3 worlds won’t make me fulfilled,” she says. “I realized that if I wanted to keep doing triathlon, I was going to need something huge that will inspire me and challenge me.”

Tisseyre consulted Lisa Bentley, a longtime friend and mentor, about the possibility of tackling her first Ironman.

“Lisa was so encouraging, we had such nice chats and I was so happy that she wanted to work with me. I felt so inspired,” she says.

Tisseyre has been in Florida for four weeks working with Bentley as her coach in preparation for Florianopolis on May 28th.

“I’ve completely let go of the results focus. Everything has shifted for me,” she says, noting that she feels happy, relaxed and refreshed while in full Ironman training mode.

The change of environment has been huge for Tisseyre, who is loving the new training group she’s a part of and feels inspired by the atmosphere Bentley creates at her training sessions.

“(Lisa) has such an incredible energy and there are such great vibes down here.”

Tisseyre trains with a variety of athletes in Clermont. She enjoys being surrounded by talented professional athletes such as Helle Frederiksen, Alicia Kaye and Kate Bruck who train out of the National Training Centre. Just being in the lane beside them is extremely motivating even if they are not doing the same workout. Tisseyre especially loves when she’s able to make it out for training sessions with Bentley herself. 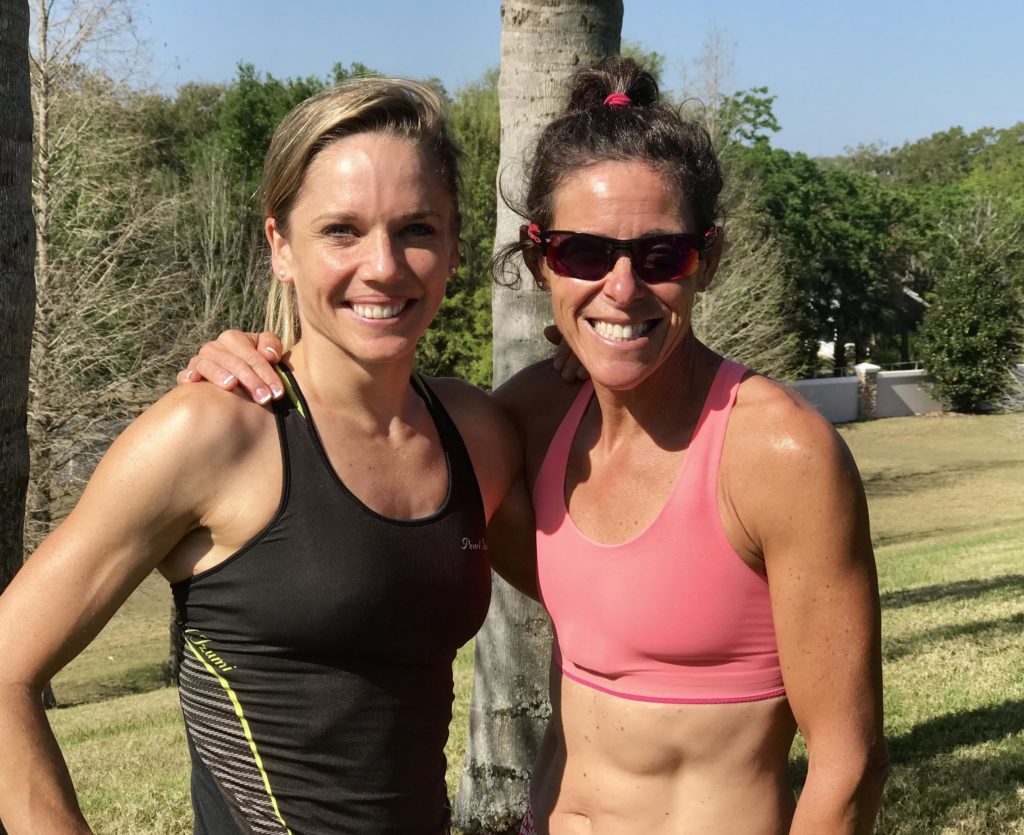 Tisseyre and Bentley after a run session together 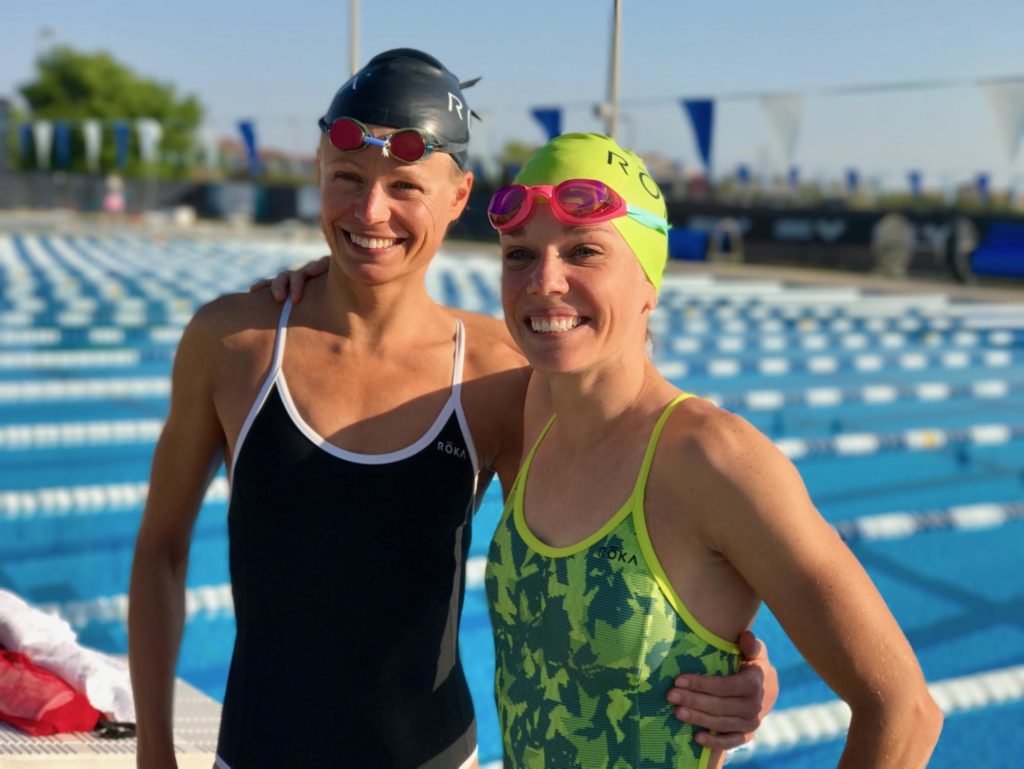 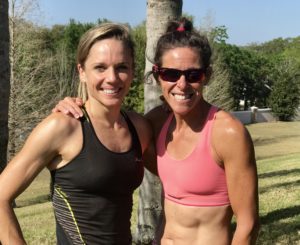 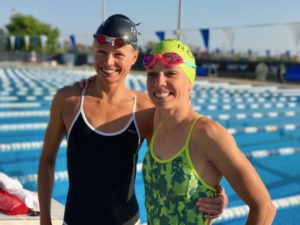 Though initially she had just wanted to focus on one Ironman, Tisseyre feels rejuvenated enough to target the Ironman World Championship this year and plans to race some 70.3s as well to help get points on the board to qualify for Kona. She’s excited for her “make-it or break-it race” at Ironman Mont-Tremblant in August, where she’ll race in front of a hometown crowd in a final attempt to earn the points she needs before October.

It’s an exciting time for the long-time Canadian pro and TMC looks forward to watching her Ironman debut and following her quest for Kona this year.