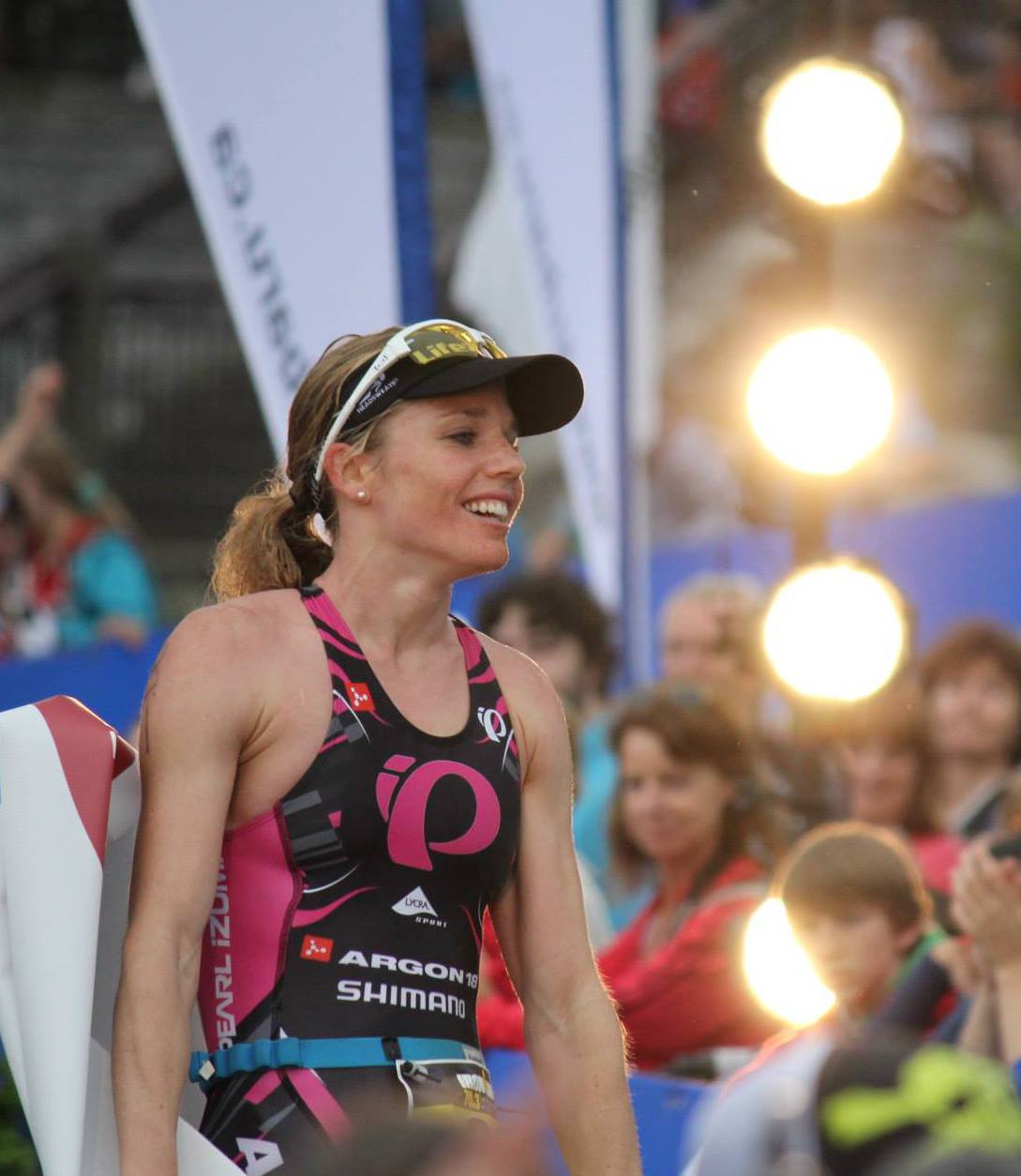 For a two-time bronze medalist at the Ironman 70.3 World Championship it would be easy to be disappointed with a fourth-place finish, one spot off that podium. The ever-positive Magali Tisseyre might have been a bit frustrated with her final position at last Sunday’s race, but it didn’t take her long to realize that the result has put her back on the world stage after a few years of trials and tribulations.

Tisseyre burst onto the triathlon scene in 2009, her first year as a pro, with an impressive win at Ironman 70.3 Boise and the first of her two third place finishes at the 70.3 worlds. It almost seemed easy for the attractive blond from Quebec as she racked up the triathlon accolades. By the end of 2013 she had taken 11 70.3 titles. She was a sponsor’s dream – fast, successful, good looking and, thanks to a masters degree along with a few years spent as an aspiring actress, extremely well spoken. If you’re waiting for the “then …” it came in the form of a running injury that sidelined her for the latter portion of 2013 and much of the 2014 season.

Partway through 2014 Tisseyre took on a new coach, Paolo Sousa (Triathlon Squad), and moved to Poway, California, which is just outside of San Diego. His was a very different system to what she’d experienced in the past – a much more “constant” approach, with fewer peaks in the program. Tisseyre has found this type of training fits her well.

“This new approach is very different, it takes less out of me,” the 33-year-old said in an interview yesterday after she’d returned to Poway from Austria. “It’s more like constant work, every day. Your body gets stronger over time.”

Her race in her home province at the 70.3 worlds last year, where she finished 10th, came shortly after she started working with Sousa, and signalled that things were finally on the right track. That steady improvement continued through the worlds last weekend. While she realizes she can’t complain with fourth, she remains motivated to move higher up on the finish list at the worlds someday.

“When I crossed the line I was pretty stoked because I thought it would go worse starting the run. I disappointed myself on the run. I had a great race on the bike and in the swim. I still want more – I am encouraged that the results are there. I want to win it (the 70.3 World Championship) someday. I am heading in the right direction – the race was an affirmation that I am getting my stuff together.”

Looking back at the race Tisseyre feels that she has made huge improvements on the swim and bike portions of the race, which is necessary because of the incredible competition in the women’s side of the sport these days. She was impressed by the dominating performance of the defending women’s champ, Daniela Ryf, in Austria.

“The level is different now compared to when I came third in Clearwater (the site of the first five Ironman 70.3 World Championship events),” she says. “The girls are getting stronger. What Daniela did is incredible.”

While most other athletes who have enjoyed Tisseyre’s success over the half distance have moved up to full-distance racing, she’s quite happy to focus on 70.3 distance events, along with non-drafting Olympic distance races.

Tisseyre seems to be in a great place right now. She and her boyfriend, Eric Lagerstrom, another Sousa-coached athlete, are enjoying stellar seasons (he won the prestigious Escape from Alcatraz title this year, winning a sprint against Andy Potts) and are looking forward to competing at the Beijing International event later this fall. She feels like she’s moving in the right direction to achieve her ultimate goal and also feels like there are lots more 70.3 titles she can contend for.