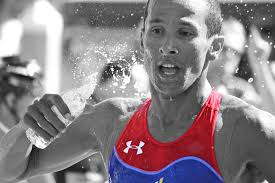 McCormack, will participate in a variety of activities throughout race weekend as an ambassador of the Challenge Family Triathlon Series. Challenge St. Andrews race organizers say they will confirm more in the coming weeks about McCormack’s plans in St. Andrews.

“Chris is racing the week before in Atlantic City at Challenge USA so we are going to have to see how his recovery is from Atlantic City and whether he will race in some capacity (relay or individual) in St. Andrews. Our main concern has been to get him to the event, as he is a legend in the sport of triathlon and a great ambassador for Challenge and the sport. McCormack, or “Macca” as he is known in the sport, is a hugely popular athlete. Having McCormack and Simon Whitfield appearing in St. Andrews together is more than we ever could have asked for when we started this project. We are very pleased with the response from around the World and we have received many inquiries on whether Macca would be appearing at the event in 2014. We are very excited that Chris has decided to visit us in St. Andrews. He is sought after for appearances around the World so for him to choose our event, is great for our Province.”

Challenge St.  Andrews will take place on July 6th, 2014 and will see athletes competing in a 1.9 km Swim/90 km Bike/21 km Run. The St. Andrews event has a significant Professional prize purse and expects to see some of the top athletes in the sport  competing next July. The Challenge St. Andrews weekend will also see a Sprint Triathlon, Relay events, Aqua-­‐bike races, Kids races, “Beat the Tide” island run on Minister’s island, Race expo, live music and entertainment for everyone.