Hamilton Ont.’s Lionel Sanders had a personal best performance in Raleigh, NC  on Sunday, running a blazing 1:09 half marathon off a rolling course with a tough headwind for a finishing time of 3:52:47. He was just 40 seconds behind first place Matt Charbot. Callum Millward was third in 3:55:11.

Sanders spoke with TMC after the race.  He explained, “I woke up to find out that it was a wetsuit legal swim which was a blessing  for me as I’m not a strong  swimmer. I’ve been panicking a lot in the swim lately so for this one I just wanted to get through it. I had a mantra that I used the whole way and managed to find some feet. Unfortunately, they weren’t the fastest feet and when I came out of the water I heard that I was four and a half minutes down so I knew I had my work cut out for me on the bike. I just rode as hard as I could and passed six or eight guys. I came off the bike in fourth.  My girlfriend gave me the split off the lead and I was still over four minutes down. The doubt started to creep in, I thought, ‘Well, this is probably game over,’ but I put in a good effort on the run and it turned out well.”  That meant Saunders posted the fastest run by three minutes.

“Unfortunately the run was 21.5 not 22.5 km” he joked. Next up for the young pro is Syracuse 70.3.  When asked about the ultimate goal of the season, Sanders said,  “I’d love to be at the 70.3 world championship but my points aren’t looking too good. I’d have to have very similar performance as I did today over the next races to get there.”

At the awards cermemony, Marsh said, “It was a good day out there today. The wind picked up on the bike course which made it tough and I was running scared thanks to all these fine ladies—they kept me on my toes.” 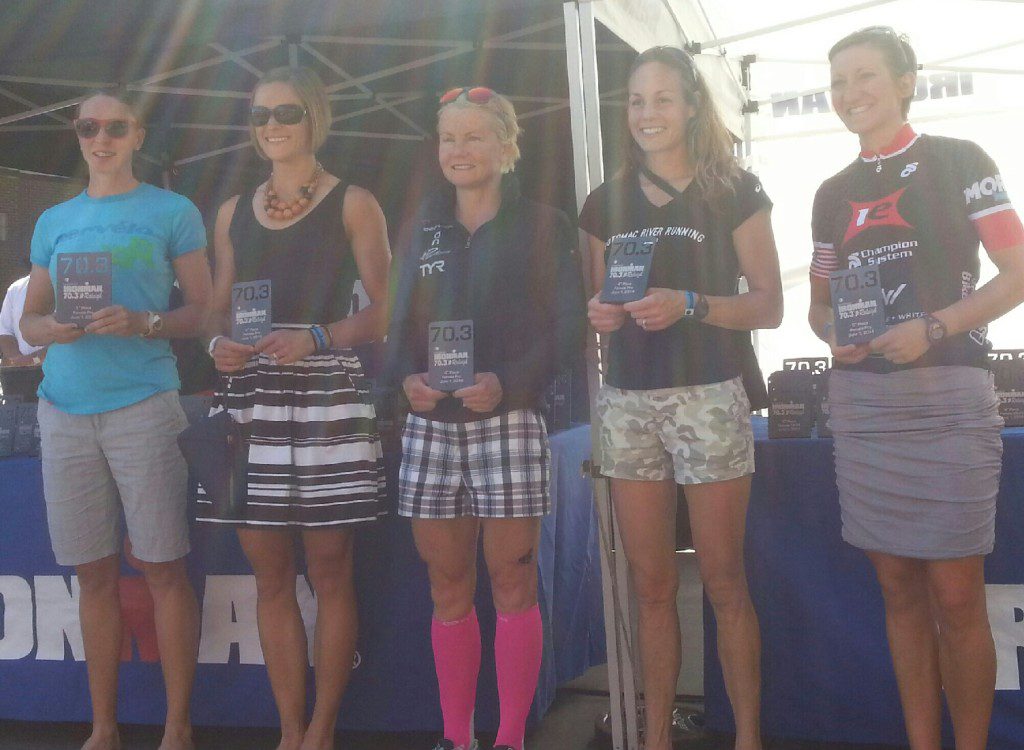