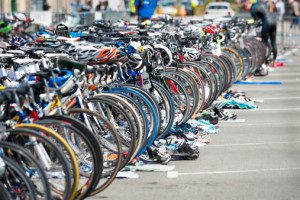 Recent allegations of course-cutting and the subsequent disqualification of a prominent local triathlete have caused surprise and outrage in the town of Squamish, and sent shockwaves throughout the broader amateur sporting community.

Following the Ironman Canada in Whistler, a local woman was disqualified after irregularities in her timing splits and a lost timing chip alerted authorities of a failure to complete the entire course. The woman, an age-group competitor, had her slot in Kona revoked and awarded to the next competitor. As a result of the subsequent investigation, several of her past race results were reclassified as disqualifications and she was suspended indefinitely from future Ironman events. The news of these events spread quickly throughout social media and the local community, upsetting many athletes and race supporters. In a world with steroid-using baseball players, blood-doping cyclists and football players in trouble with the law, what is it about a local amateur athlete being accused of cutting corners that disturbs us so badly? To understand this, we need to look at the various ways that cheating in amateur sports hurts communities and athletes.

Many are hurt by local amateur athletes that cheat…some more than others, particularly those that devoted their support and financial contributions to a person that turned out to be merely wearing a mask of fair play. Indeed, there are delicate legal implications in the monies and material support that are given to an athlete that is later found guilty, or even accused of misconduct. Just ask Lance Armstrong’s lawyer. When an amateur athlete cheats, he or she deprives the competitors behind them of the material winnings and steals the rewards for their entry fees, training costs, equipment and the time devoted to their pursuits. The cheater steals from those that fund or sponsor him or her because their support is obtained on a fraudulent basis. The expectation for amateur athletes to play fair is even greater than that which is placed upon professionals because our commitment is local and personal. It’s like stealing money from your Mom or Dad’s wallet. The fraud extends into the cheater’s professional network when their accomplishments are offered as credentials of their experience and skill. When we hire someone, or choose to work with them, we assume that their resume is legitimate. What more must we doubt about a person if they list championships on their curriculum vitae that were obtained through deceit?

What about the additional costs heaped upon competitors and event organizers? How much time and money must now be spent to implement measures to detect and identify future cheaters? Does this come out of our entry fees? Must honest athletes now bear the increasing costs of GPS tracking, multiple timing stations and photo verification just so they can compete without threat of being swindled? And how, exactly, does this new atmosphere of surveillance impact the experience of the honest majority?

However, the wound that cuts the deepest is not in our pockets. It’s in our hearts and minds, where we believe that regular folks like ourselves can do great things, and that throwing ourselves into a race with a bunch of other like-minded individuals is a worthy test of the human spirit. Those of us that “secret-train” and get up early to run or stay up late to swim do not pursue sponsorship, the draft, or the big contract. We’re searching for individual fulfillment…but this fulfillment is dependent upon healthy competition with our peers. If you taint that shared rivalry, the intrinsic fruits of our efforts lose their sweet taste.

We all want to believe that we’re on a level playing field and sharing in the same game; this is ingrained in all cultures where sports are played. At a local level, we want to be insulated from the crude and ugly headlines from the national sports broadcasts, where desperate professionals abandon morals for gambles of high-stakes reward. We innocently hope that nobody would sacrifice our own little investment in competition for something as petty as age-class bragging rights, or a free trip overseas.

Unfortunately, the recent allegations threaten to steal all this from us. Amateur cheating deprives us of the pleasure taken in a fair challenge and sows seeds of doubt across the starting lines of weeknight races. Such transgressions taint the pool of support for other honest competitors, and breed resentment among those that shared the field with the accused. Local sponsors feel the sting, and the shiny glow of hosting events starts to lose its luster when deserving athletes are deprived of their moment in the sun. Entire communities are pulled into the mud when one of our own betrays the spirit of fair play.

Fortunately, this foul tasting moment is ephemeral. While the disqualifications will remain etched in the record books, those of us that are committed to the true spirit of competition will recover. We have something that cheaters and course-cutters lack. We possess the knowledge that the intrinsic rewards of competition with our peers are not defined by a shiny trinket or a podium spot that we use for selfish self-aggrandizement. The reward of amateur sports cannot be held by a singular person; it is a collective experience. It is shared by those that play fair and, in the end, nobody can take that from us. They can only exclude themselves from the club because, for them, it was always an individual pursuit.