After the recent announcement that the Ironman World Championship would be split between two venues next year, Ironman has overhauled the world championship slot allocation for women. Earlier this year, based on the announcement of 1,200 dedicated Women’s For Tri spots for Kona, we had estimated the chances of qualifying at various Ironman races. Those numbers need to be reevaluated now, based on this recent announcement. Here is a breakdown of the changes as of Dec. 5, 2022: 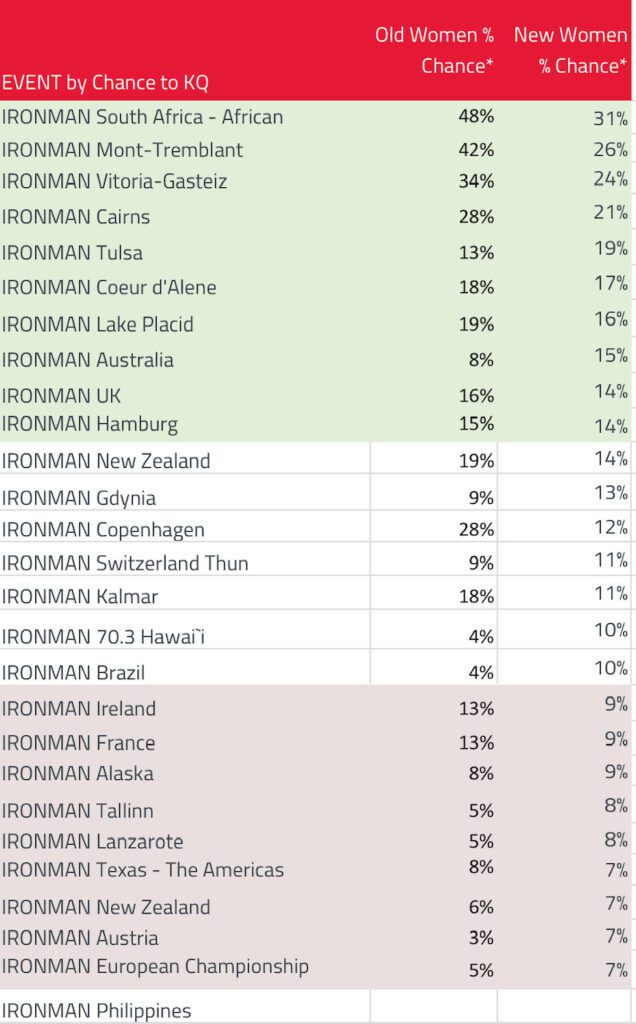 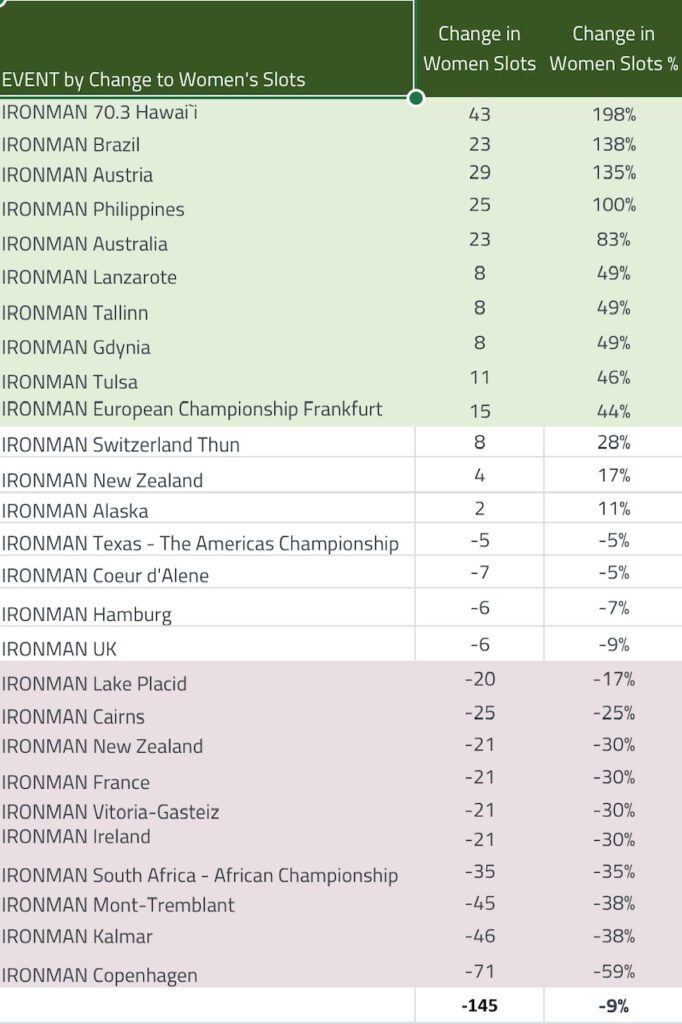 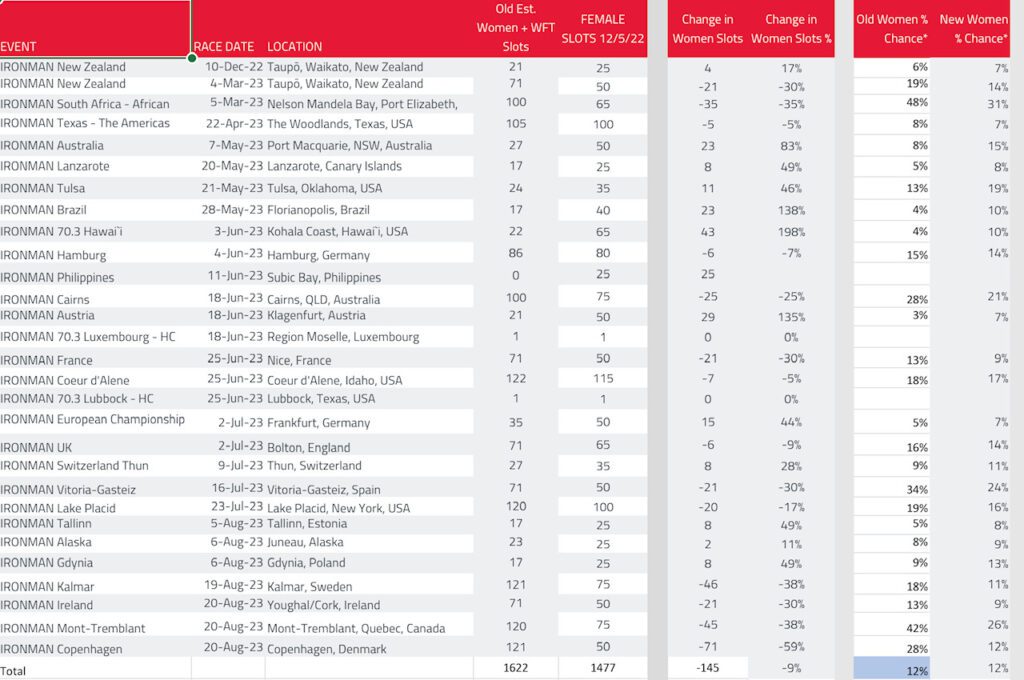 The best chances to qualify for Kona, based on estimated participation in 2022 races? After the Dec. 5, 2022 reallocation, the opportunity has narrowed, but there still are very appealing possibilities: 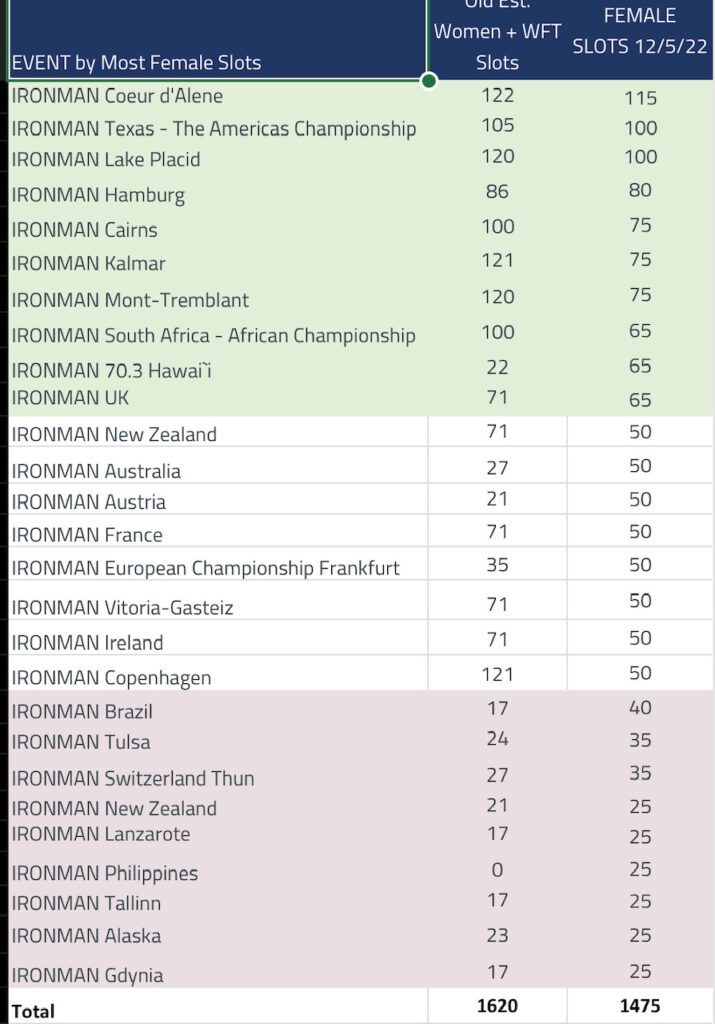