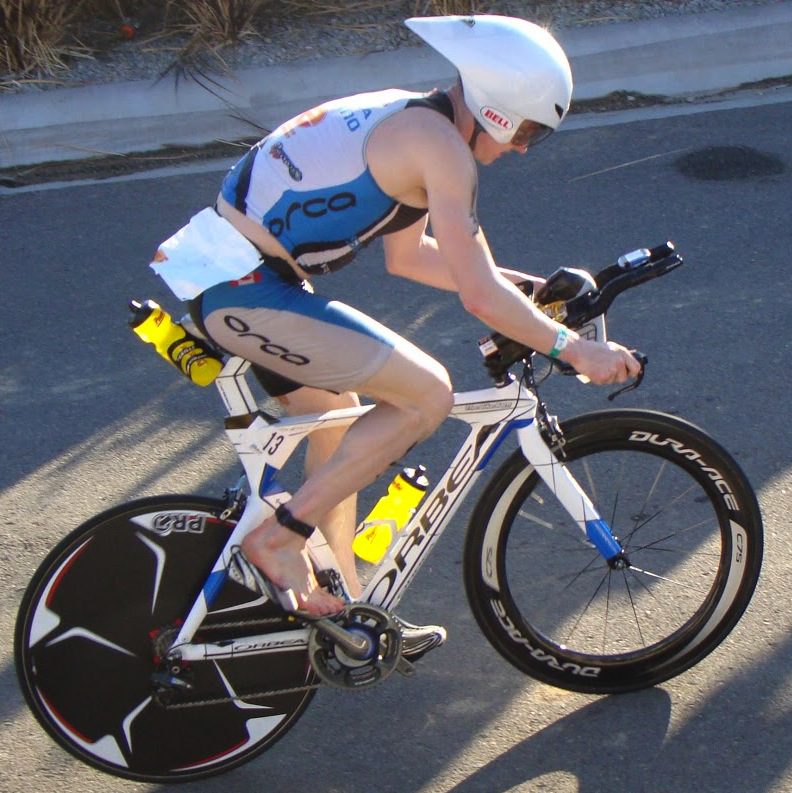 Look out for our interview with Jeff in the next issue of Triathlon Magazine Canada.

1. Pete Jacobs: I think his injuries this past season will work to his advantage. He seems to have the confidence and patience to hold back and rest when he needs to. It sounds simple, but there aren’t that many pros that are able to do that under the kind of pressure a Kona contender faces. You know he is going to arrive fresh, and based on the progression of his 70.3’s in the Philippines and the Sunshine Coast, he is also showing up fit. If the defending champ is showing up fit and fresh watch out!

2. Sebastian Kienle: He is fearless and I think that goes a long way in Championship races. Ironman rewards efficiency and if you watch Sebastian ride you’ll see why he is the best in the game. He has an incredible aerodynamic position and maintains this position even while climbing. He punked me (and the rest of the field) in Vegas last year, I was out of the saddle climbing and he ripped by in a full on aero tuck. Even at 30k/h he was probably using less energy and going way faster. I learned a lot that day!

3. Ronnie Schildknecht: Ironically my Darkhouse pick is the palest guy in the race.  He was fourth in 2008 and I think he’ll improve on that this year. I think the chase group out of the water will really be rolling and he’ll be a big part of that. He also has the run strength to back it up. He has put together a Cam Brown-esque win streak Ironman Switzerland and crushed the field in South Africa earlier this year.

Honourable mention: Craig Alexander: I have way too much respect for Craig Alexander to not mention him. I have a ton of respect for guys like Craig Alexander and Chris Legh.  Whenever you’re in a race with them you know they are never going to quit! They are ALWAYS going hard to line regardless of position. Craig is also a master of both confidence and execution and he is get everything he has out of himself. I just don’t think it’s going to be enough this year.

HM: Jordan Rapp: I don’t think my fellow Pentictonite (He pays taxes here) is quite ready for the podium but he’s going to have an awesome race and I am going to say top 5. Jordan is the best in the game at meticulously preparing and exploiting every possible opportunity for speed. His this year will come from properly preparing for the unique tactics and strategies that come with racing in a deep competitive field.

1. Mary Beth Ellis: I am all in on this pick. As the Honey Badger, Tyrann Mathieu, said “They measured my height, they measured my weight, but they forgot to measure my heart.” I am not going to underestimate MBE’s heart. Ironman is about having the conviction and will to over the pain of racing. The conviction she has gained by getting to start line, will more than outweigh the increase pain she will feel. The IMC record holder, has shown a lot of guts and determination getting on the start line after her crash. Yes, she’ll be working harder and going through more pain, but her gains in conviction will more than make up for it.

2. Heather Wurtele: She has been on target all season long and Saturday will be her day to shine! Word on the street is that Trevor dropped his nice guy attitude and showed up with edge to Ironman Canada this year. Look for Heather to bring a similar badass attitude to Kona this year!  Heather has really embraced cycling aerodynamics which surprisingly isn’t super common among the pro women’s field and gives her a distinct advantage.

3. Caroline Steffen: On paper the favorite, but I just don’t see her taking the win. She’ll be solid all day but I just have a feeling either Heather or Mary Beat Ellis will have one of those unbelievable days!

Darkhorse Amy Marsh: Right behind Heather at 70.3 Worlds and also right behind her in the fastest married Ironman couple category. Her Husband Brandon has been having a breakthrough year and look for her to have a breakthrough of her own on Saturday.

You can read more from Jeff at his blog. Check out the video highlight package below of his Challenge Penticton victory.