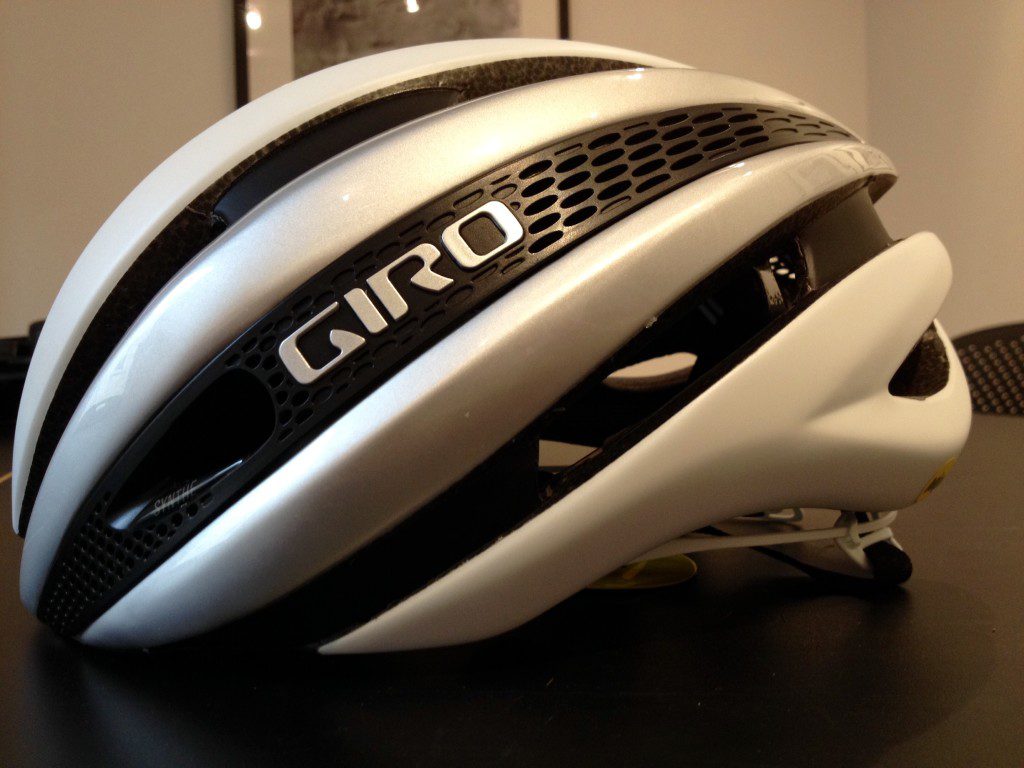 Giro’s aero road helmet, the Synthe MIPS, has several unique features that triathletes will love as the road riding season picks up in the next few months. 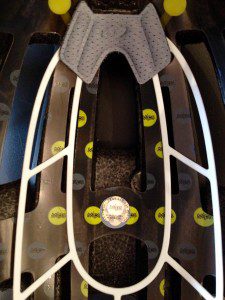 First off, the helmet has Multi-Direction Impact Protection System technology, a feature that is starting to show up in an increasing number of helmets. While a regular helmet helps protect riders against a vertical impact concussion, MIPS technology adds an element to that. It reduces the rotational force on the brain caused by an angled impact, which is more common in the event of a fall. The technology is a three-part system. It includes an interior foam liner, a Low Friction Liner and an elastomeric attachment system between them. The system works because the Low Friction Liner mimics the brain — its cerebrospinal fluid protects the brain by allowing it to slide slightly on impact. Triathletes who love outdoor riding should consider this helmet simply for the extra protection it provides. 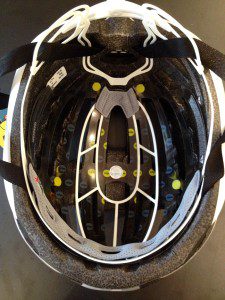 tested. Giro’s design team used Wind Averaged Drag, “a formula that takes into account 72 different yaw angles and calculates a single drag measurement for a standard head angle of 30º”. But despite this advanced aero technology, the helmet doesn’t sacrifice any ventilation for the head — in fact, it offers increased cooling power over Giro’s other road helmets making it a great choice for even the hottest, long rides. For draft-legal or hot weather racing, triathletes can still get the benefits of aerodynamics without a full on aero helmet.

The Synthe with MIPS technology was released in summer 2015 and made its debut at last year’s Tour de France. The Giro Synthe MIPS has a suggested retail of $415, and comes in a variety of colours.