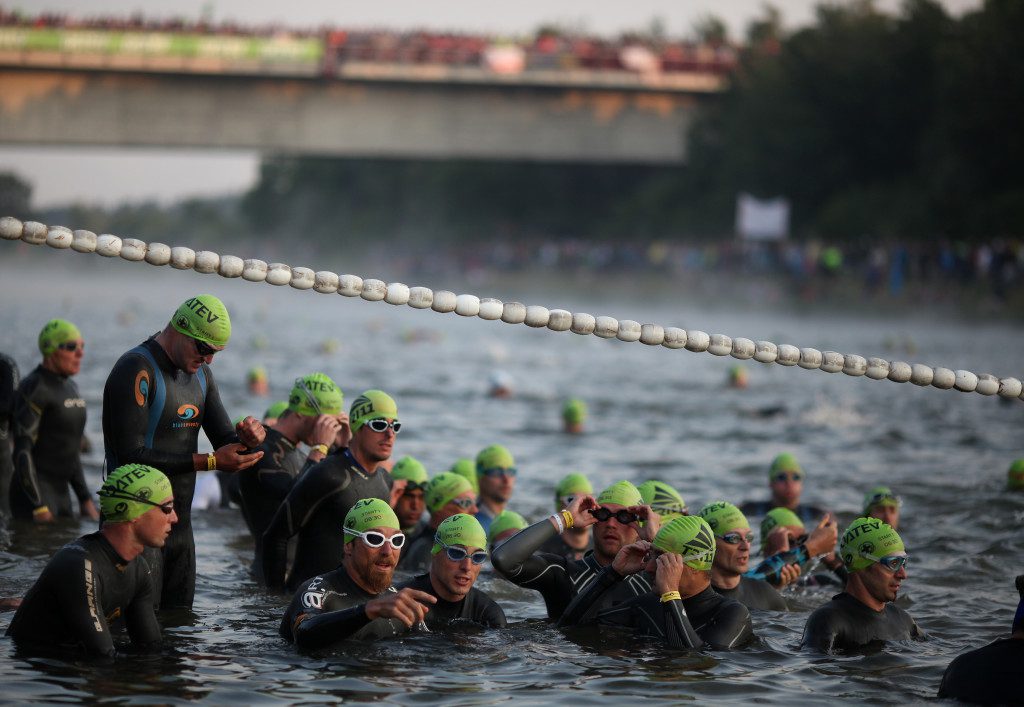 Jan Frodeno has confirmed that he’ll be on the startline of  DATEV Challenge Roth  this year and he’s not just aiming for a win — he wants to break the world record.

The world champion has been in the triathlon news twice this week. He and Emma Frodeno (Snowsill) welcomed their first baby boy yesterday.

Happy to report everyone is well and healthy. Against Ironman preparation odds we have a strong BabyFrodeno boy.

The German athlete and member of Bahrain Endurance 13 has yet to race DATEV Challenge Roth in his homeland of Germany, the largest long distance triathlon in the world.

“The event in Roth is a European triathlon legend, racing at Challenge Roth is a highlight in every athlete’s career. I’m so excited that I can finally take my place on the Roth start line,” he said. “All athletes who compete at Roth are blown away by the unique atmosphere in the triathlon-mad region of Roth and the perfect race organisation. I want to experience that for myself and I am already hugely looking forward to enjoying the famous ‘Challenge spirit’.”

Time to let the cat out the bag! Hope to see you there… https://t.co/CRpNEd4c0n

Frodeno doesn’t want to just add another win to his resume at the race. He wants to break the race’s world record set by countryman Andreas Raelert in 2011 — 7:41:33. He said, “It’s well known that the course in Roth is very fast. I’ll do everything to ensure my dream of the world record becomes a reality.”

Race organizers are excited to welcome Frodeno at the event. Felix Walschofer, the race’s head organizer, says “We had already told our fans that our 15th anniversary would be full of surprises. The greatest of these is that Frodo starts with us. I am absolutely thrilled. For us it is a huge joy and also an honour to have the world’s best triathletes race with us. The eyes of the triathlon world will be on Challenge Roth in 2016 and perhaps we will see triathlon history written once again.”

The race attracts a large base of the sport’s fastest and most well-known triathletes each year. This year’s race had sold out quickly, so Challenge added some spots to half and full distance startlines.