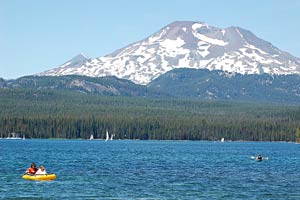 Ironman announced yesterday that it has taken over the Saunders Victoria Triathlon  along with four events of the Subaru Western Triathlon Series from LifeSport Properties Inc. The Saunders Victoria race which is 19 years old, becomes the 31st Ironman 70.3 race in North America. Ironman will now own all five races of the Subaru Western Triathlon Series, but LifeSport’s Paul Regensburg will stay on as the series race director as will the event staff. The Saunders Subaru Ironman 70.3 Victoria will take place on Sunday, June 15, 2014.

“Lifesport has created a fantastic triathlon race series that Ironman is proud to now own,” said Andrew Messick, Chief Executive Officer of Ironman. “We are excited to expand our race offerings in Canada for our athletes. The Saunders Subaru Ironman 70.3 Victoria is the perfect preparation race for Ironman Canada taking place at the end of July.”

The Victoria Race weekend also includes an Olympic and sprint distance race. The Saunders Subaru Ironman 70.3 Victoria Triathlon  starts at Elk Lake with a single loop course. Athletes will then begin the bike course at Hamsterly Beach, heading out onto the scenic rolling roads of the Saanich Peninsula. From there runners will take on a scenic run course around the Elk Lake trail.

“Our excitement for this partnership with Ironman could not be higher,” said Paul Regensberg. “We built a great series of races and now Ironman will be able to take these races to the next level. We will remain intimately involved for years to come as Lifesport will continue as the Official Coaching Partner of Ironman 70.3 Victoria and the entire Western Triathlon Series. We look forward to continuing to work with athletes as they reach their athletic goals at all these races.”

LifeSport head coach Lance Watson believes the acquisition will bring energy and attention to the sport. “I think Ironman shines a nice spotlight on the community here in Victoria and is a way to tell the world about the strong triathlon community in this area.”

General registration is also now open. All existing registrations for every race in the Subaru Western Triathlon Series will be honoured.

Subaru Shawnigan Lake Triathlon, on May 25