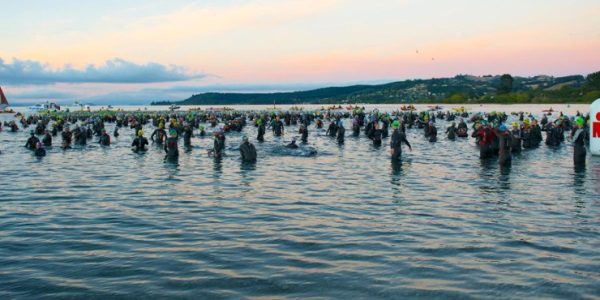 The oldest international Ironman event, Ironman New Zealand, has been honoured by the New Zealand Association of Event Professionals as the “Best New Zealand Hosted Major Event.” Into its 30th year, the race was recognized for promoting excellence in the delivery of an international event in New Zealand.

The race has hosted over 55,000 international participants and supporters and attracted approximately NZ $10 million of income to the Taupo area each year. “It is outstanding news for this event, which holds a special place in the annals of Ironman history globally,” said Ironman Asia Pacific CEO, Geoff Meyer. “Ironman New Zealand has long been a favourite of the international Ironman family of athletes, and we are very proud that the judges and events community in New Zealand have bestowed this great recognition.”

Meyer added, “While Ironman New Zealand holds a special place in the sport as the original international Ironman, this award recognizes that the outstanding professionalism of our hard-working organizing team led by Jane Patterson and Janette Blyth who do not rest on their laurels, but continue to seek improvements for our loyal Ironman family.”

Originally the race was held in Auckland from 1985 to 1998 when it moved to Taupo, in the centre of the North Island of New Zealand where it’s been since 1999. The 1985 event inaugurated the worldwide Ironman series, with 50 places on offer for the World Championships in Kona, Hawaii. Only 68 of the 340 starters in 1985 were New Zealanders, and foreigners dominated in the early years. Since, then around half the field has been taken up by Kiwi athletes. In addition to the 2,000 participating athletes, the event attracts more than 2,000 volunteers from a population of just 22,000.

One of the world’s biggest fresh water lakes is the site of the swim. A two-loop bike course comes back through Taupo town before heading through the forests; and a three-loop run course leaves athletes with no chance to escape the thousands of spectators. Kellogg’s Nutri-Grain Ironman New Zealand 2014 also offers 50 qualifying slots for the Ironman WorldChampionship in Kailua-Kona, Hawaii.