Kat Matthews, the. runner up at the Ironman World Championship in St. George, Utah earlier this year, was hit by a car while training in Texas yesterday.

Matthews was apparently training with her teammates when she was hit by the car. (Matthews is coached by Björn Geesmann, who also coaches two-time Kona champion Patrick Lange.) Last weekend Matthews competed at the PTO US Open in Dallas.

“A car turn [sic] into me and bashed me up,” Matthews posted on Instagram yesterday. 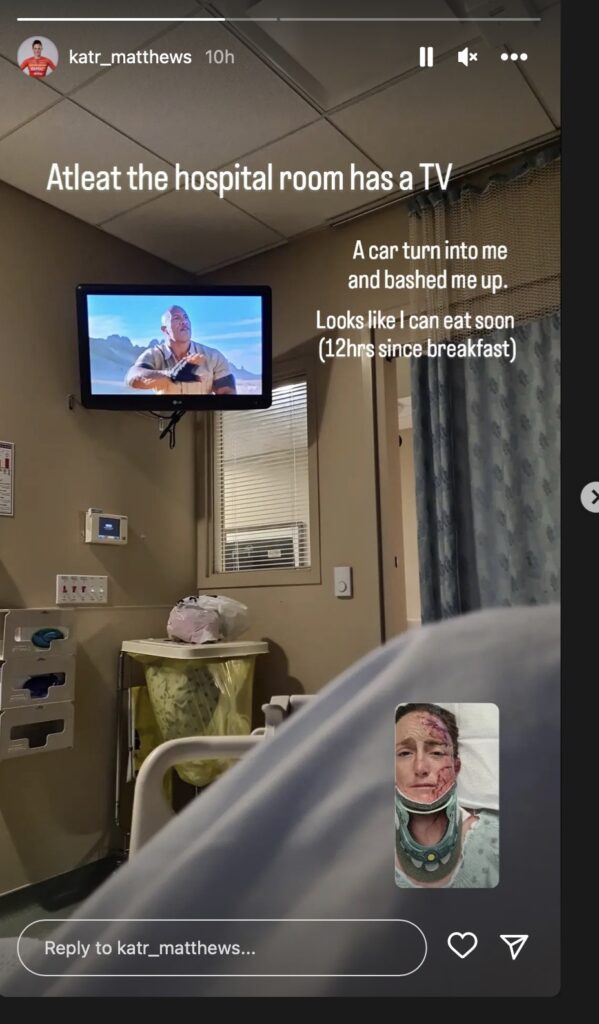 “Rumours starting to fly round so just to be clear Kat is ok and in good hand [sic] with hopefully no long term injuries,” her husband Mark Matthews posted on Instagram as well. “Lots of nice messages and people worried so to let people know: she will make a full recovery. Has no severe breaks but has had to have a lot of stitches and has a couple of tiny cracks. Which, given the state of the car that hit her, I think we can all agree basically makes her Wolverine. Sure she will be on update tomorrow but is fairly fragile and on some hefty painkillers at the moment.”

Mark followed with an update: “Small fractures in scull, two vertebrae, sternum and a dozen or so stitches,” he wrote. “Waiting on last MRI results.” 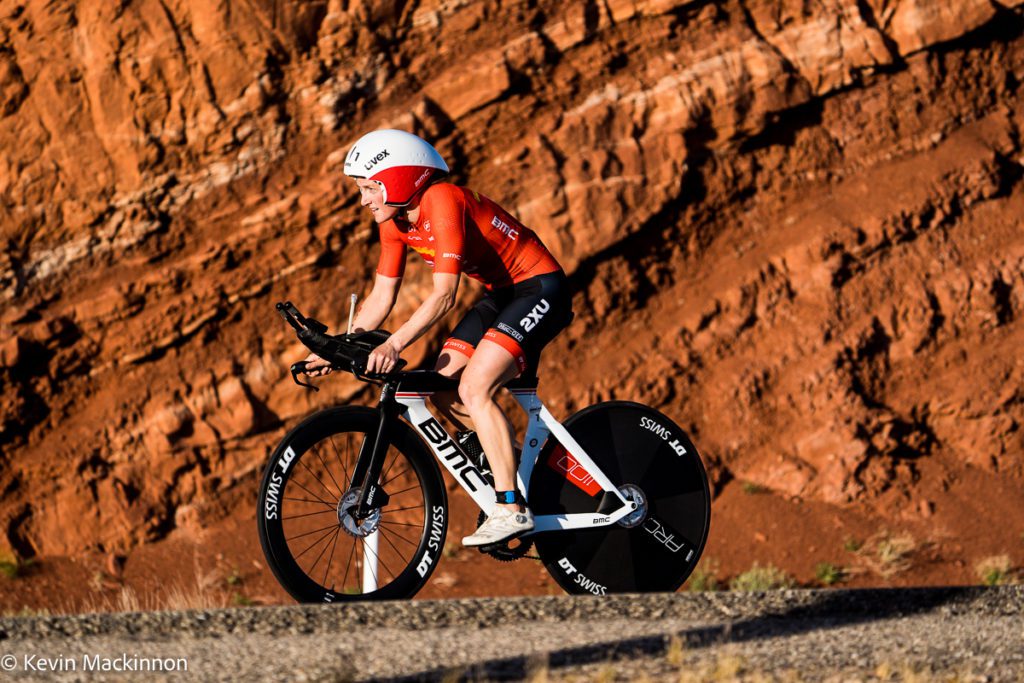 Matthews has enjoyed a stellar year of racing in 2022 that included a big win at Ironman 70.3 Lanzarote over 2019 Kona champ Anne Haug, her runner-up finish at the Ironman World Championship in St. George, and a 7:31:54 clocking at the Sub8 Project where she beat Nicola Spirig.

Matthews was won of the favourites heading into this year’s return to the Big Island.