Ironman 70.3 Syracuse is this weekend and there is a new wave of young Canadian pros from Ontario racing on the men’s side. They will have the chance to match up against some of the best in the sport including Americans Jordan Rapp, Andrew Yoder and Ben Collins, as well as Britain’s Paul Ambrose. In the mix at the front is sure to be Elliot Holtham from B.C. who stormed onto the 2014 scene with a big win at Ironman Australia in May.

The race in Syracuse began in 2010 and has attracted a deep field of pros and age groupers alike. Many use it as a build up for Ironman Lake Placid with its challenging bike course of rolling hills.

Among the newer pros racing are members of Team Mutlisport Canada including Lionel Sanders who was second at Ironman 70.3 Raleigh just a few weeks ago and won Ironman Muskoka 70.3 last year in his pro debut where he set a course record and beat out  Andreas Raelert. The other team members are Cody Beals who was 5th at Ironman 70.3 Texas (with a 1:15 run), Alex Vanderlinden (who has a 10km PB of 33 minutes) and Mikael Staer Nathan (who boasts a n 10km PB of 32 minutes).

Sanders is looking forward to racing with local guys at a big race. “It will help take a bit of the nervousness tension away at the start” he explained. “In Raleigh I swam relatively poor, mainly because I began tinkering with the recovery phase of my stroke only a few weeks prior. I am beginning to groove the new stroke, so first and foremost, I will be looking to swim better. I made a few rookie mistakes on the bike, like easing up once I caught who I thought to be the main competition in the race. This time round, I will certainly go hard on the bike from start to finish. Then, I would like to have a similar run as I did in Raleigh. If I accomplish these objectives, it will be a good race in my books.” 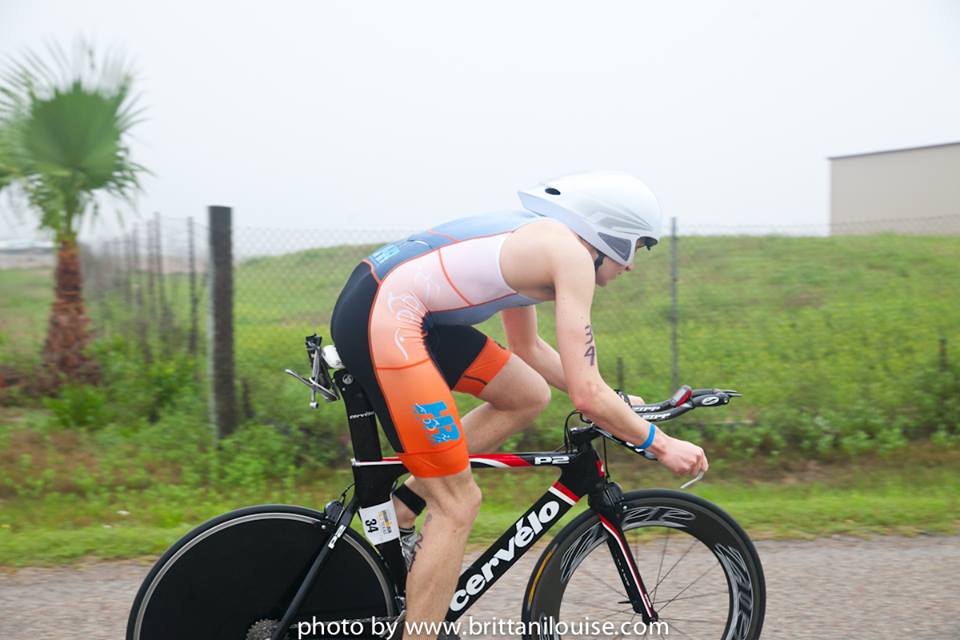 Beals is hoping for a top five finish explaining, “The climb between miles two and 12 on the bike will no doubt be decisive. Pacing early in the ride may determine who holds it together and who falls apart on the challenging run course. With some strong swimmers in the field, I will be chasing hard on the bike.”

VanderLinden is motivated by the current depth in Ontario. “The Ontario 70.3 scene right now is awesome. The goal for Syracuse is to race fast and gain experience since I’m still relatively new to the distance and young.”

With almost 30 pro men lining up, Staer Nathan is gunning for a top 10 finish. “This will be my first pro race on the international stage, which is both very exciting and nerve-wracking at the same time! In the winter, I wrote a list of goals for this season, and one of them was a top 10 at an international half iron race.”

On the women’s side Jenny Fletcher and Miranda Tomenson will certainly make a push for the front and newer Canadian pros Sharon Gallant and Kristy Smith will join them. Fletcher’s season is well underway and has included numerous top performances already from Olympic to half iron distances. Most recently the versatile athlete finished sixth at Boise 70.3.