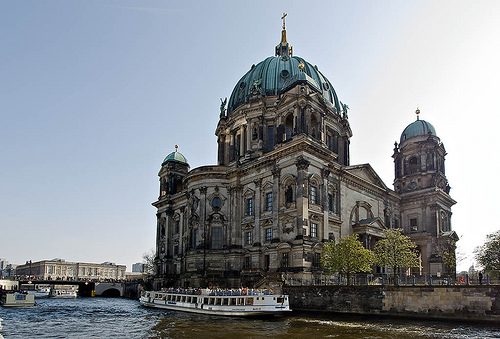 The Ironman Europe, Middle East & Africa team issued a statement confirming the cancellation of Ironman 70.3 Berlin 2014 which was supposed to take place on July 13. The city has refused all bike course options devised and presented by local event licensee SCC Events.

Ironman Europe stressed that the licensed event via local partner SCC Events had been trying ‘hard and for months to get a bike course approved, ultimately they were denied approval; thus the cancellation.’

The 3-loop bike course of the 2013 race, which goes through the district of Reinickendorf in the northern part of the city was not approved by local authorities due to traffic concerns.

“We are very disappointed that it is not possible to host such a high-quality sporting event like this one in the capital,” said SCC Events spokesman Thomas Steffens. “We had hoped – even if it was not in the city centre – that it would be possible to organize a triathlon of great international importance in a section of the city that is otherwise not overloaded with such sporting events.”

He continued, “On the other hand, we also must realize that a triathlon cannot be compared with running events, in which much greater numbers of participants are involved. As the organizer of major international running events, we have to accept that it is not possible to put on a high calibre and internationally oriented triathlon in Berlin.”

Below is the official statement released by the organizers:

We regret to inform you that the Ironman 70.3 Berlin 2014 will not take place. Despite the efforts of our licensee SCC Events which presented various bike courses, the city of Berlin refused all of them. As athletes we know you have trained to race in this specific event and we understand your frustration. After all, Ironman is not just a race or a series, but a passion that drives and unites all of us.

Ironman has committed to make all athletes affected by the cancellation of the race a special offer in order to continue your Ironman 70.3 journey. If you are currently registered for the race, expect an e-mail with an offer soon.

(If you do not receive an email from us by April 30th, 1:30pm CET, please get in touch at eu.athleteservices@ironman.com)