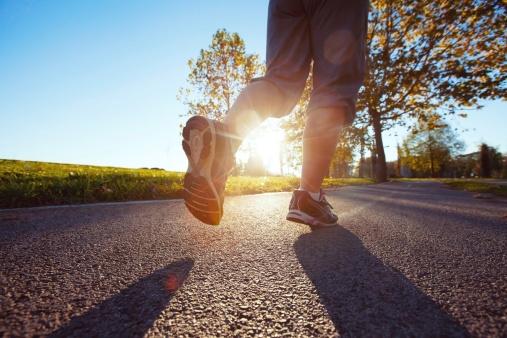 There has been a fair amount of previous research on how running and aerobic activity can help people think more creatively, but most of the research is focused higher intensity aerobic exercise, such as running and cycling. A new paper published at the end of April has shown light walking can also be beneficial for spurring novel ideas and analogies.

The researchers only looked at the effects walking on creative thinking, but previous studies have shown running has very similar benefits. The paper notes that more work could be done on the differences in between higher intensity aerobic activity like running and lower intensity activities like walking and how they affect cognitive cognitive abilities.

The research, done at Stanford University by Marily Oppezzo and Daniel Schwwartz, wanted to test if lighter exercise, namely just walking, had the same benefits to creative thinking as running has shown in the past.

The study found that where the walking took place didn’t seem to matter in spurring creative ideas. Walking on a indoor treadmill, facing a blank wall, had similar results as as walking around the busy university campus.

“Walking outside on a busy university campus did not significantly increase appropriate novelty compared with walking indoors,” wrote the researchers. “This suggests that walking may be effective in many locations that do not have acute distractions.”