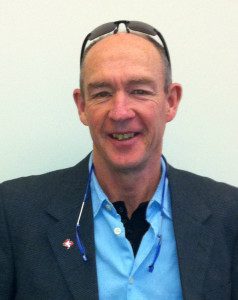 Now into his second year as the CEO of Triathlon Canada, Tim Wilson brings to his role at the head of Canada’s national governing body a wealth of experience. For almost a decade he ran the hugely successful Triathlon Australia program and now has set his sights on taking Triathlon Canada to new heights. We caught up with Wilson and got some insight on some of the changes Canadian triathletes can look forward to.

How it all began
While I am from Australia, I studied Sports Administration at Dalhousie University in Halifax, Nova Scotia. After I graduated I returned to Australia and worked for the Australia Institute of Sport for a number of years – I was involved in developing swimming and cycling. Triathlon was the new sport on the block back then and I gradually developed a greater involvement with it. I became the Executive Director of Triathlon Australia in 1993 and held that position until 2002.

The magic formula
We enjoyed an incredible time in the sport through the 90s in Australia. I think it was a combination of a number of factors that came together at the right time. I worked closely with President Bill Walker, who had a great entrepreneurial flair, and I brought experience on the sport development and governance side of things to the team. We had a good Board of Directors, but what really helped was we had extraordinary talent at that time. For the longest time I didn’t go to a world championship and not come back with a gold medal performance. The talent was overwhelming.

We also had some excellent race organizers. The Bray brothers started a bunch of events that were very successful, Garth Proud got things started in Noosa, and David Hansen started up a number of events across the country. There was a lot of energy focused on triathlon, and once we became an Olympic sport there was an explosion of interest.

Australian performances at the ITU level and at Ironman over the last few years have been spectacular. Most of those top performers competed in our junior ranks, back when Cadbury was a sponsor of our junior program. Athletes like Emma Snowsill, Peter Robinson, Craig Alexander and Chris McCormack – they were all involved in that program. It’s an ideal model for triathletes to follow – going from junior racing, through to ITU competition and then eventually ending up doing Ironman racing.

Doing it again in Canada
Canada exploded on to the triathlon scene with Simon Whitfield’s Olympic win in 2000. That put Canada on the triathlon map, but, while we’ve enjoyed some success since then – both Carol Montgomery and Simon won gold at the 2002 Commonwealth Games and Simon won silver in 2008 in Beijing, our performances have been patchy since.

What the new team at Tri Can is doing and evaluating a number of factors to fix that, including spending a lot of effort on talent identification. Up until last year we haven’t had a formal national talent ID program fully recognized. Our High Performance Director, Libby Burrell, is putting a lot of work into that area. Our challenge is to identify the talented kids early and steer them into our ranks.

It’s not just about the elites
In Australia we took the view that our role was to develop the sport for everyone, whether you are just participating in a weekend race or competing at the Olympics. We tried to ensure that there were great participation opportunities for everyone who wants to be involved. I believe it’s possible to create a system that helps us get athletes on the podium at international events, but also helps junior and age group athletes participate at whatever level they would like.

One of the first things I did when I started here at Triathlon Canada was to come up with a clear mandate that I presented to both the board and the provincial associations. One of my first priorities is to create a national insurance program so that we offer a consistent insurance approach across the country. I also want to take a national approach to membership – we have the technology to have just one database of all our members across the country.