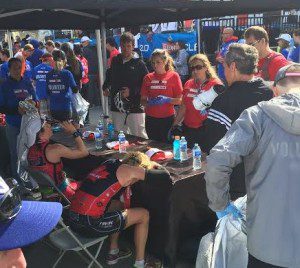 Recovering from an Ironman depends on the individual, the race conditions and the effort on the day.  Some people feel one event per year is enough, whereas others find they are ready to repeat the effort a week later.  I have completed one Ironman and decided to follow what I thought was a very conservative recovery protocol after the event.  I asked two of my fellow pros, Angela Naeth and Trevor Wurtele, to weigh in on their approach.  I find it interesting how we all have different thoughts on how to ease back into training and have outlined these perspectives below.

For athletes who train to race a late season Ironman as their A race of the year, the time post-race might be scheduled as beer and ice cream season (read: off season).  For those who have raced an Ironman as their Kona qualifier, or those who have other races on their schedule, careful planning of the recovery phase is crucial.  Not enough rest after an Ironman can lead to injury or burnout and waiting too long to get moving again might squander the fitness benefits derived from the effort.  The tips below might help you decide how to allocate your time after the event to get back to training as quickly as possible. 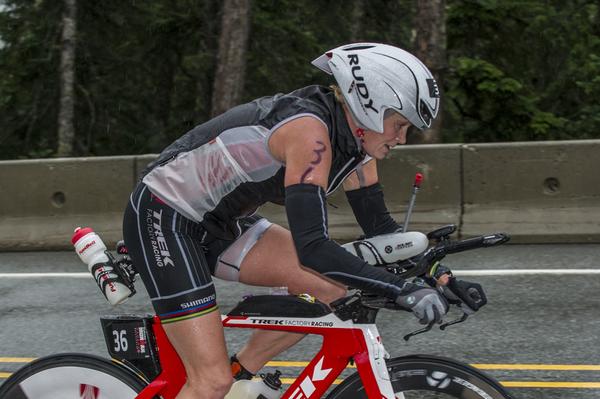 McQuaid:  For the first week I took two days completely off as I was in significant pain.  My quads were very sore and the cold weather on race day made my knees sore.  I did nothing physical other than walk around for the first two days.  I also went for Shockwave treatment at Synergy Health Clinic to prevent further injury to the tendons in my knees.  I started swimming on Wednesday and my body felt 100 per cent better immediately after, so I swam a lot through to Friday.  My stomach was terrible for four days after the race and I did not feel hungry for days.  I tried water running on Friday but it didn’t feel good on my knees so I abandoned that plan. On Saturday I did an easy mountain bike ride and Sunday I tried 8 km of actual running and felt good.  All acute pain was gone within seven days for me but if pain had persisted, or an injury had started, I would have repeated this week.

Angela Naeth: The week after an Ironman I usually feel like I’m on a high. The post-race adrenaline and excitement lasts for a solid week. During my past race (Ironman Champs in Texas), I headed out to do some all out efforts with Redbull High Performance for the week. Previous races were much the same, a little overall soreness.  Hungry yes, I eat anything and everything, anytime.  Typically post-Ironman, I have taken a full week off, sometimes two.

Trevor Wurtele: I really don’t do much at all.  If I feel like going for a hike, or jumping on the mountain bike, maybe a really short swim or two I’ll do it.  I really try to use that first week as a mental break and have a bit of fun outside of just swim, bike and run.  That said, it can really help recovery if you get out the door for a couple brief workouts.  Plus, if you go swim you don’t have to have a real shower at home!

McQuaid:  This week I tried to get in three bike sessions, three run sessions and four swim sessions.  The only sessions with intensity were swimming and surprisingly, I felt like a million bucks in the pool.  I was especially fast when pulling (no legs required) as my aerobic fitness was firing on all cylinders.  I decided to swim quite a bit this week because it felt good.  At the time it felt like nothing could make me tired although that wasn’t true.  I napped a lot.  For riding and running I did not try to go hard at anything and kept of all the sessions short.

Naeth: Go slow… don’t run until at least 10 to 14 days post Ironman. Everything should be only 20 to 30 minutes in length. There is no need to rush into things.  Continue to eat what you want.

Wurtele:  I aim to get back in the pool every second day, but still really short swims.  I also get out for a few really short runs during the week.  If I’m feeling motivated I’ll grab the mountain bike or go for some easy coffee shop rides on the road bike.  I end up napping like crazy and sleeping massive amounts at night.  I also start to think about unpacking my TT bike this week.  I might do that by the weekend, but probably not.

Week 3:  15-21 days post Ironman
McQuaid:  This week I did what I would describe as a recovery week almost any other week but was much more than the previous two weeks.  I got to about 18 hours of training with four swims (it was meant to be five but I got tired by the end of the week and skipped one) three bike rides and five runs.  Short easy runs seemed more appealing than getting on my bike this week so that is how it shook out by the end of it as I was still doing more of what I felt like doing rather than following a schedule.  By the end of the week I got in a longer run and a medium long bike ride.

Naeth:  Start doing some bike rides of one to two hours, small jogs and easy swimming. No hard training, all aerobic and below. Focus on movement.

Wurtele:  This week can vary depending on what the rest of the season holds and how I’m feeling mentally and physically.  Sometimes I’ll get back into structured training, but maybe at 70 per cent of my normal load.  Just enough to get back into the daily grind, but not enough to make me super tired.  On other occasions I’ve used this as another recovery week similar to week two.

McQuaid:  This week I did a full hit of intensity with a moderate load of volume.  This would almost be equivalent to an early season load week with some speed work, some VO2 intervals and some loading volume.  The focus this week was to get some volume in place while trying to revisit the speed I had neglected for a long time during recovery and in 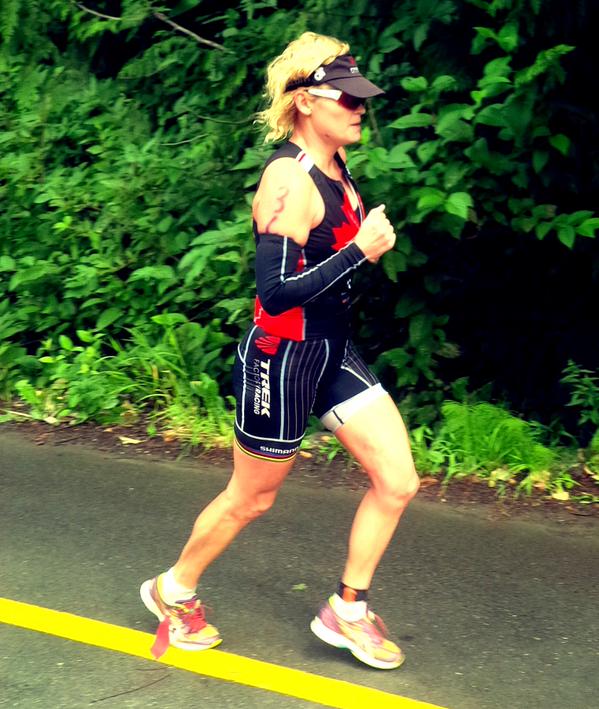 the taper.  Aside from a bit of speed work in the taper to Ironman Canada, by week four after the race it has been more than a month since I had tried to go fast so although I felt fit, it felt very uncomfortable to go that hard.  All efforts post Ironman have created higher heart rates than usual for the perceived or actual effort.  The first workouts with some intensity were very difficult to hit the target but subsequent workouts got better and better.  I planned to race five weeks out of the Ironman event so the intent was to get some loading in this week.

Naeth:  Do what you like. Get back to full training when you feel like it.  Plan races when you want to and when you feel you are back to normal, everything should only be aerobic for a solid two months.

Wurtele:  By now I’m always back into normal training and probably looking at doing a half iron distance race a few weeks away.  One exception to those weeks is when an Ironman is my last race of the year.  If that’s the case I won’t get on to a structured training plan for four weeks.  I use that time as my off season.  After that point I’m back into training for the next season.

Whether you agree with myself, Angela or Trevor depends on what you are experiencing after your Ironman.  A lot of what is “correct” is what “feels” good.  The time after an Ironman is well spent if you listen to your body.  Eat what and how much you like, exercise as much and as hard as you like and sleep a lot.  The only mistake you can make after an Ironman is rushing your body to do anything as you will not get the most out of your next block of training if you start it with residual fatigue. Less training is better than too much training in this phase so go slowly, mindfully and carefully and you will enjoy the fitness benefits of completing an Ironman at your next event.