This year marked the last edition of Ironman Canada in Whistler, BC. Trevor Wurtele won the inaugural race in 2013, and in its last edition, Heather Wurtele (married to Trevor) won the race in 9:20:41 on July 28th. Wurtele was followed by fellow Canadian Jen Annett and American Kelsey Withrow.

From the beginning of the race, Wurtele was out in front. She came out of the water with Withrow, but would soon drop her on the challenging 180K bike that featured over 2,400m of climbing. American Debe Griesbauer was the only women to beat her bike split of 5:01:47 (5:01:28), however, she could not keep pace on the run.

Canadian Angela Naeth, who is known on the Ironman circuit for her bike strength was charging from behind but was forced to withdraw from the race after a crash. “Unfortunately bad luck comes in waves, I guess,” wrote Naeth on her Instagram account. “I hit a pothole, and my aerobar broke – leaving me flailing in the air, and very much thinking “save the wrist!” I threw my body forward with the hand up and landed smackdown on my ribs and right shoulder. Not fun and oh so painful.” Thankfully, Naeth did not break any bones after a challenging few months with multiple surgeries and an external fixator.

Related: Ironman Canada returns to its roots in Penticton

On the run, Wurtele held her own as Annett ran her down. Annett began the run nearly 16 minutes behind Wurtele, but would make up nine minutes over the 42.2K and finish seven minutes behind second (9:27:43). Withrow finished in a time of 9:38:28. 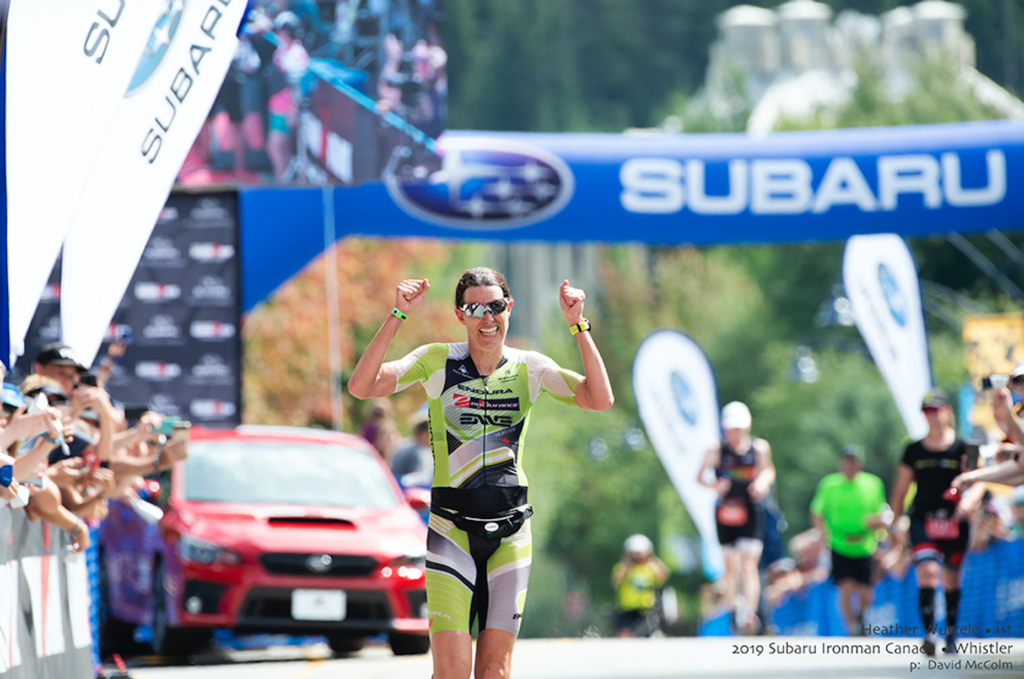 Heather Wurtele at the finish. 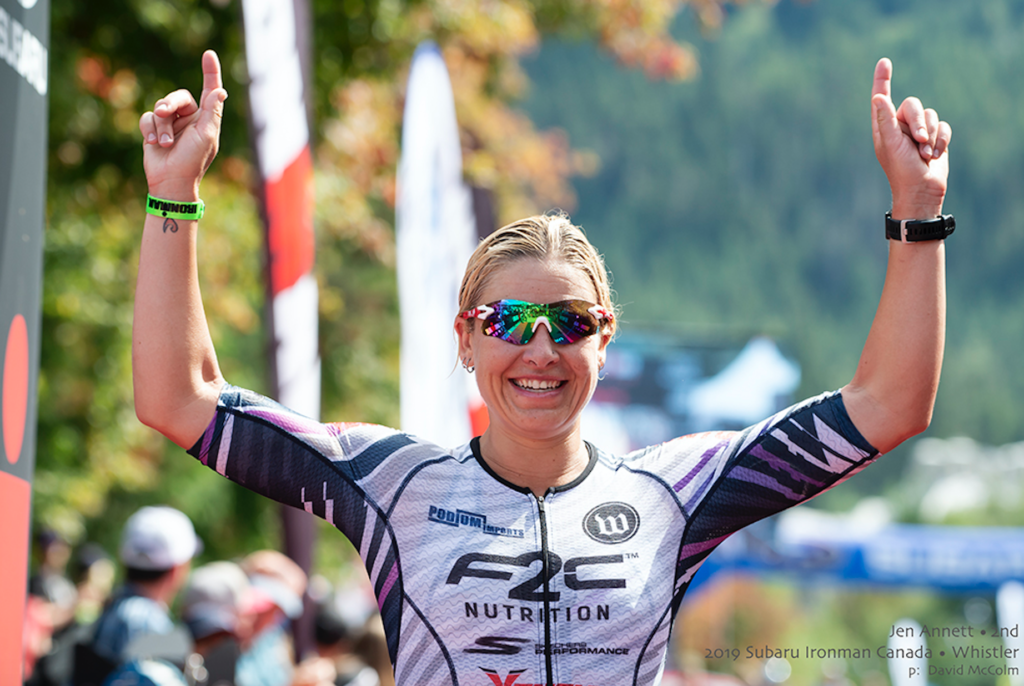 Jen Annett at the finish. 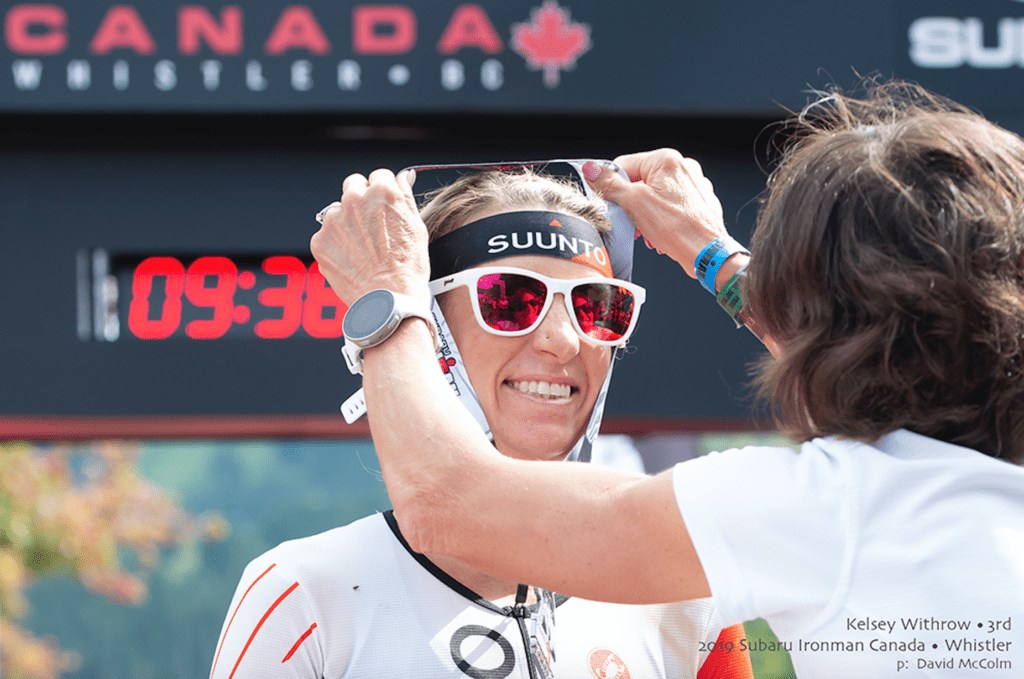 Kelsey Withrow at the finish. 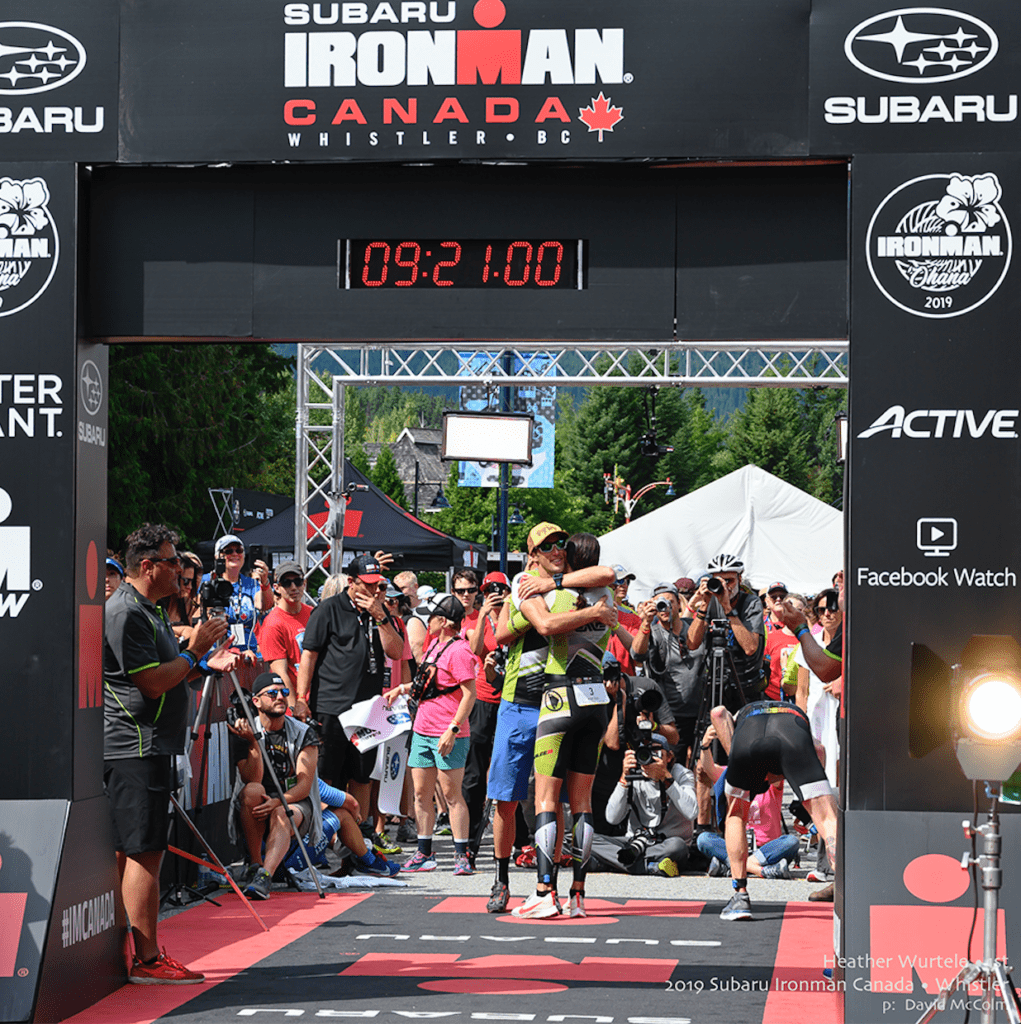 Trevor and Heather Wurtele embrace at the finish. 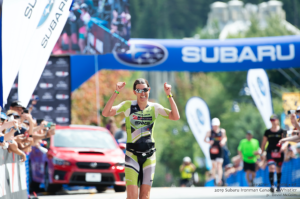 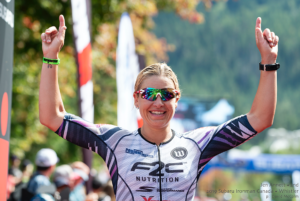 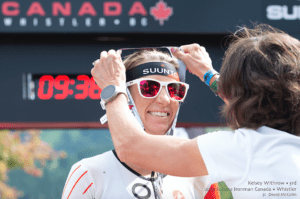 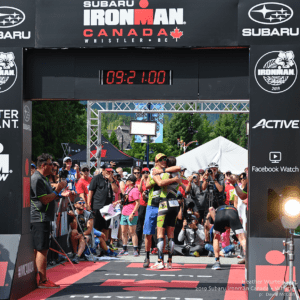