Gwen Jorgensen, the 2016 Olympic Triathlon gold medallist, is set to run the 2018 Chicago Marathon. This will be Jorgensen’s first marathon since committing to professional running full-time. 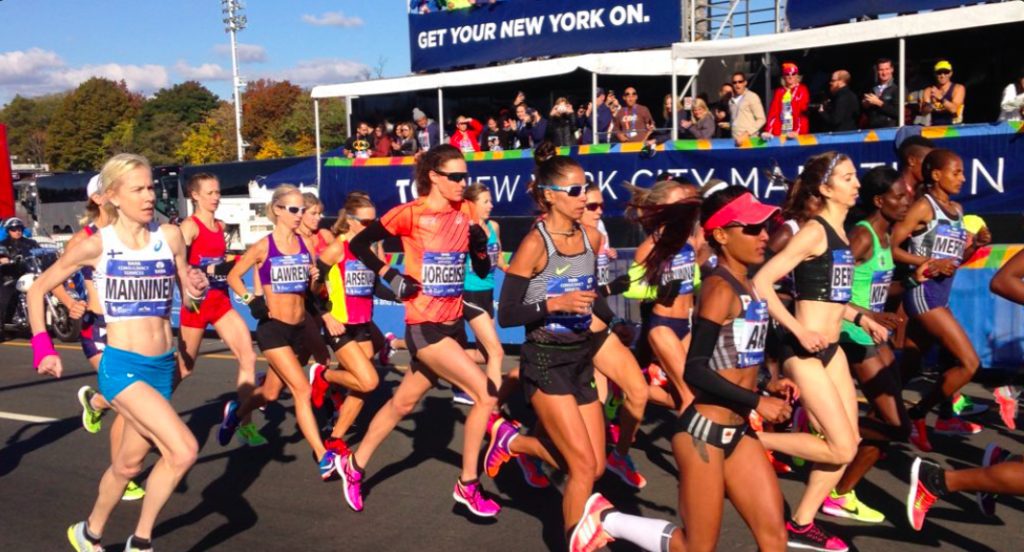 In her first-ever marathon, Jorgensen crossed the finish line of the 2016 New York marathon in 2:41:01. For Jorgensen, this first attempt was merely a bucket-list endeavour and a way to cap off a year of triathlon racing. Known at the time as one of the best runners on the International Triathlon Union circuit, Jorgensen wanted to take on another challenge – qualify for the Tokyo 2020 Olympic Games in the marathon and race for gold.

Since New York in 2016, Jorgensen has had a baby and joined the Bowerman Track Club based in Portland, Oregon. After no marathon-specific training before New York, she has been training full-time for the event since the birth of her son.

The women’s field at Chicago

Two of America’s biggest female names, Amy Cragg and Jordan Hasay, have dropped out from the race on October 7th. This leaves Jorgensen and Alexis Pappas as the remaining American elites. Pappas is a former track runner who competed at the 2016 Olympics in the 10,000m, running for Greece. She’s reportedly hoping to run the marathon at the 2020 Olympics for Greece.

Roza Dereje of Ethiopia has the fastest women’s seed time, having run a 2:19:17 in Dubai this January. At only 21 years old, Dereje has already made a strong mark on the road racing scene.

The second-fastest entry is Florence Kiplagat of Kenya. Kiplagat’s personal best is from the 2011 Berlin marathon, and she hasn’t come close to it since the 2014 London marathon. The veteran’s most recent time in the event is a 2:26:25 from the 2017 London marathon.

Birhane Dibaba, who is ranked third in the seed times, broke the 2:20 barrier (2:19:51) at the 2018 Tokyo marathon. Dibaba will surely challenge Dejere this weekend.