Travelling to one of Canada’s big cities and wondering how to fit in an outdoor workout? Integrating a run into your trip comes with the combined opportunity to see something new and not fall behind on your training. Montreal is a vibrant and charismatic city, home to many endurance athletes and diverse running routes. From Old Montreal to Mount Royal, runners can choose between wide-open green spaces, waterside paths and of course the many colourful streets that connect Montreal’s charming neighbourhoods. If you’re headed to Montreal this summer and want to get in a run or two during your stay, here are some routes that will give you the chance to sightsee on the run: 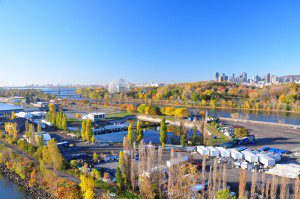 1. Parc Jean-Drapeau Loops
Located just a short metro ride away from the downtown city centre, Montreal’s Parc Jean-Drapeau is one of the city’s largest public parks and has its own unique history despite its close proximity to the rest of the city. As one of the host sites for the 1976 summer Olympics, the park boasts a rowing basin, race track, aquatic centre and more. It is also home to multiple running and triathlon races throughout the year including the Esprit Triathlon, the Scotia Bank Half-Marathon and 5 km, and the winter Hypothermic Half-Marathon. Comprised of two islands – Île Sainte-Hélène and Île Notre-Dame, connected by a bridge – the park offers numerous running route options perfect for speed work and longer distances.

If you take the five-minute metro ride from downtown to the Parc Jean-Drapeau station, you can immediately step out onto Île Sainte-Hélène and find the path that will lead you to the bridge connecting the two islands, just one kilometre away. From there, runners have the option of completing a 5 km loop back to the metro station (a route that will take you up and down some gentle hills through small forests and along the water), a longer 10 km route that will take you passed the rowing basin and back onto Île Sainte-Hélène, or a direct route to the park’s Circuit Gilles-Villeneuve, the famous 4 km-long race track that hosts the Grand Prix du Canada in June but offers cycling and running lanes other times of the year. You can also lengthen your run by starting out anywhere else in the city and using the Champlain Bridge to run to and from the islands or by following the many easily-marked trails that weave through the islands’ forests, beaches, and Olympic complexes. 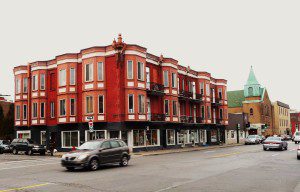 Two of Montreal’s most distinct boroughs – the Old Port and the Plateau’s Mile End – can be seen in the same run with a few different distance options. The Old Port is located just a 10 minute walk from the downtown, and has the European feel that distinguishes Montreal from most other Canadian cities. For those who don’t mind running on sidewalks and cobblestone, a northern route from the southern-most quays to the prominent Sherbrooke Street offers a good ascension that can be continued up Park Avenue, passed Mount Royal and into the hip Plateau area. From here, runners can head west onto perpendicular streets like Fairmont or St. Viateur and passed the famous Montreal bagel bakeries that are named after them. From there, you will enter into the Mile End neighbourhood that is characterized by its eclectic shops and 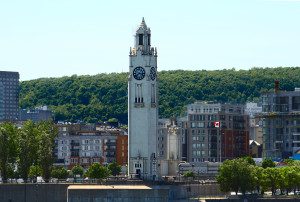 restaurants. Another famous street, St-Laurent, can be followed back down to the Old Port and passed the famous Schwartz’s smoked meat restaurant. The total distance of a route like this would be approximately 12 to 14 km and would challenge runners because of the 6 km incline it starts out with.

Mount Royal is likely the most popular spot for runners to train in Montreal. With a relatively flat 1 km loop near the mountain’s base, a series of stairs wide enough for multiple runners to use at once and multiple ascending trails choose from, it is the perfect spot to practice hill training, speed work and long-distance training. For runners wanting to take full advantage of Mount Royal’s 764-feet elevation, a clearly marked path from the Park Avenue entrance will lead directly onto the “serpentine” trail which is 6 to 7 km to the summit. Of course, it is easy to lengthen your run up the mountain as it is easily accessible from downtown, Westmount, and the Plateau — some of the most common areas for tourists to stay during their trip. For a shorter workout, consider following this same path but 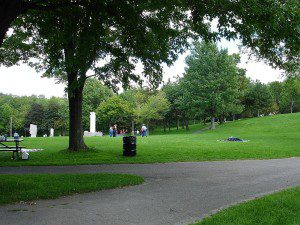 stopping at the easily accessible stairs which will be sure to challenge all levels of runners, and has the bonus of leading right to Mount Royal lookout and St. Joseph’s Oratory. The 1 km loop is close to the mountain’s base as well, and follows into the forest from the green park space. These routes are best for the early morning, as throughout the day runners will find that they are frequented by many walkers and cyclists.