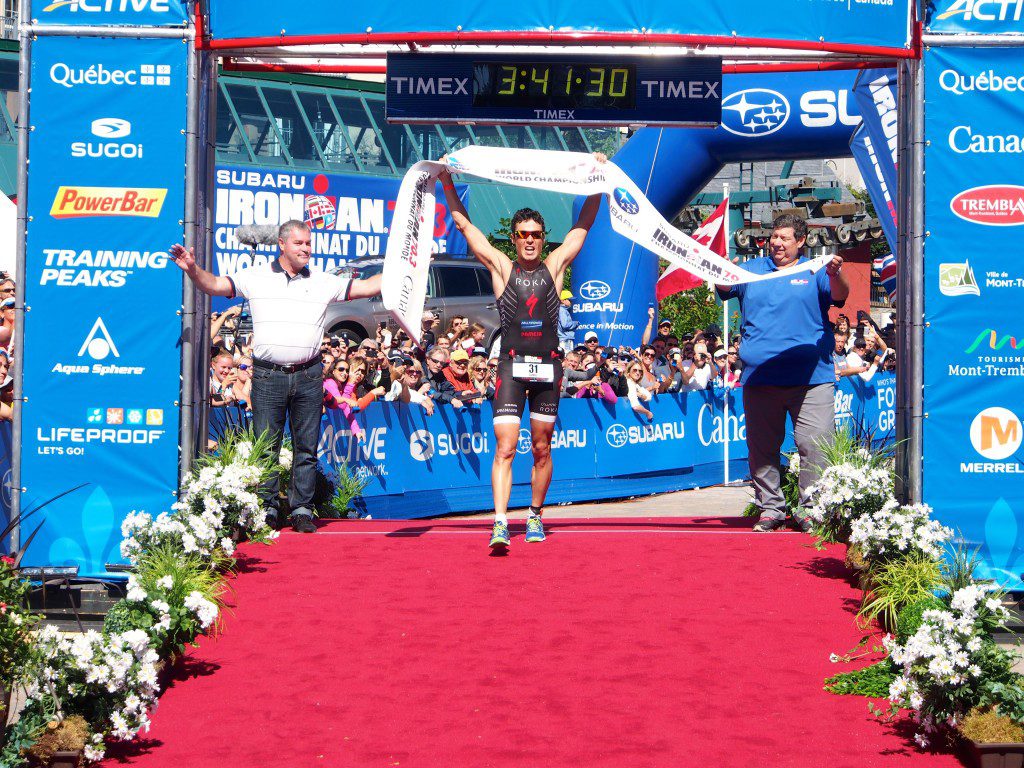 It was an exciting day in Mont Tremblant Sunday with Canadians Heather Wurtele and Lionel Sanders Top Canadian in third and fourth respectively.

The men’s race started out with an incredibly fast swim with the top group led by eventual winner Javier Gomez. Jan Fordeno, Ben Collins and Brent McMahon were on his feet swimming around 22 minutes. A big group of 10 to 13 quickly formed on the bike working well together and led predominantly by Frodeno, Josh Amberger, Nils Frommhold and Joe Gambles. It was a tight group that couldn’t drop anyone although Gomez lost about 45 seconds in the last 5 km but quickly made it up on the run, passing first place Frodeno and running away with the win.

Lionel Sanders delivered perhaps the best performance of the day, coming out of the swim in last place and riding and running his way to fourth in his first World Championship. Brent McMahon fell off the pace on the bike making it hard for him to make up the gap despite a fast run eventually finishing fourteenth. Defending champion Sebastian Kienle had an off day and didn’t factor in the front end.

On the women’s side a strong front swim group developed consisting of Daniela Ryf, Annabel Luxford, Jodie Swallow, Heather Wurtele, Mary Beth Ellis and Magali Tisseyre. Although pre-race favourite Meredith Kessler is typically among the first out of the water she was a bit back in the lead pack. A fast moving pack quickly formed on the bike course consisting of Ryf, Swallow, Helle Fredriksen and Ellis, with a chase group off the back including Kessler, Wurtele, Cat Morrison and Rachel McBride.

60km into the bike Ryf was able to open up a minute lead, which grew to nearly 2 minute by the time she hit T2. Despite a hard charge from Swallow, Ryf never wavered and held that lead to the finish.

Heather Wurtele had a blistering run on her way to third, overtaking Ellis and a host of others, with the second fastest run of the day. Canada’s Rachel McBride and Magali Tisseyre both had excellent days as well, with solid performances across all disciplines for ninth and tenth respectively.