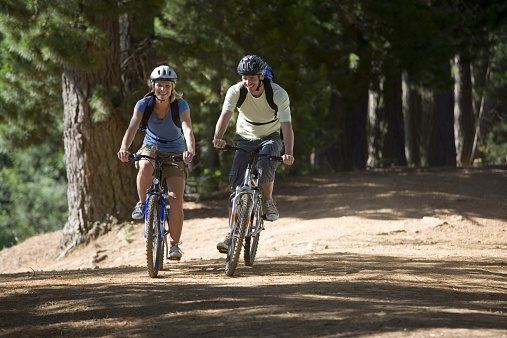 Trying to get your spouse or partner to ride, swim or run with you? There might not be any trick to it.

New research out of Johns Hopkins Bloomberg School of Public Health suggests that if you just keep at it, your spouse is likely to follow suit.

The team analyzed health questionnaire data of married couples dating back to the late 1980s. The questionnaire data was collected from 3,261 healthy, middle-aged couples every six years, starting in either 1987 or 1989. They found that spouses are much more likely to take up regular exercise when their partner does.

“When it comes to physical fitness, the best peer pressure to get moving could be coming from the person who sits across from you at the breakfast table,” says Laura Cobb, co-author of the study. “There’s an epidemic of people in [the United States] who don’t get enough exercise and we should harness the power of the couple to ensure people are getting a healthy amount of physical activity.”

The study used American Heart Association’s recommended 75 minutes of exercise per week as a benchmark as to whether spouses were considered active.

The downside is that is also works both way. When one spouse has stopped exercising, the chance the other will also give it up is increased.