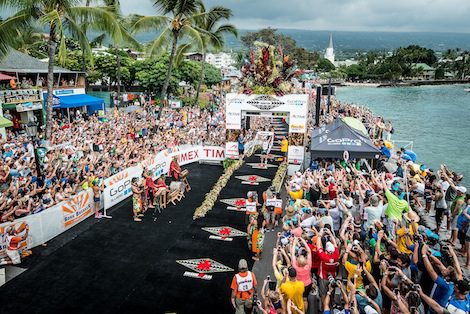 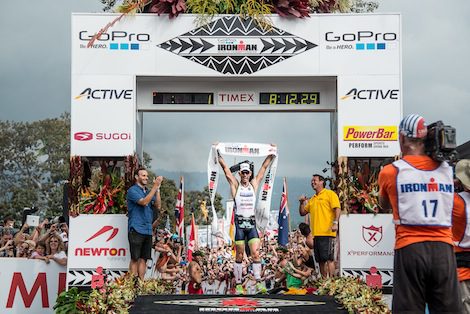 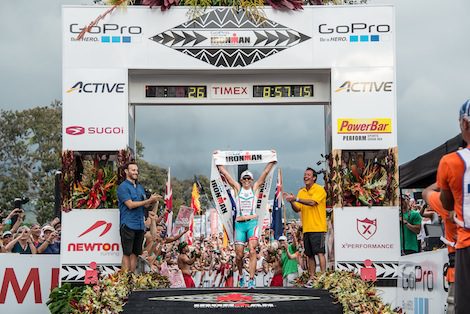 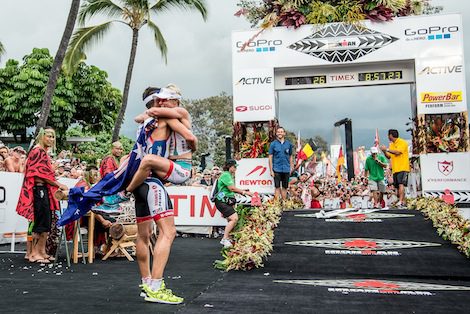 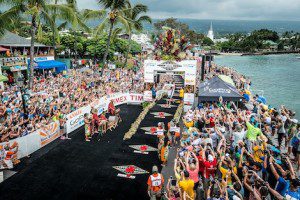 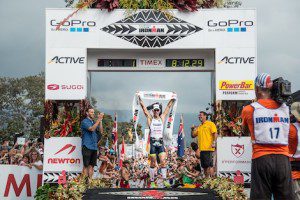 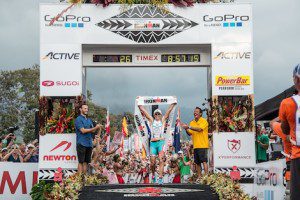 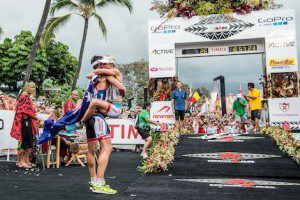 With Andy Potts out of the race before it started – due to nerve damage in his left leg that he hoped would miraculously turn around on race day, the scope of the race changed during the swim. The result, a big group of men finished the swim together (27 men were within 43 seconds of the lead). Out of the water first was American Brandon Marsh (50:51) followed by Australian’s Clayton Fettell (50:52), and Pete Jacobs (50:56).

It took less than 15 minutes for Andrew Starykowicz to move into the lead on the bike, a position he kept until approximately 128 km, where Australia’s Luke Bell went ahead of him. But just past the 148 km mark, Starykowicz separated himself from McKenzie and finished the ride first in 4:21:50 – the top split of the day but shy of Normann Stadler’s bike course record of 4:18:23. McKenzie came into T2 next with a 4:22:25 ride, followed by Germany’s Sebastian Kienle who rode 4:22:33.

Starykowicz headed out of T2 first, with a 33 second lead, but McKenzie chewed into that quickly and grabbed the race lead by the 5 km mark. McKenzie held on until just past the 25 km mark where Belgium’s Frederik Van Lierde took over the lead just at the moment where McKenzie encountered a rough patch. Van Lierde continued his steady pace right to the finish line and closed with a 2:51:18 marathon to take his first Ironman World title in 8:12:29 – no relation to his coach and fellow Belgian Luc Van Lierde the 1996 and 1999 Ironman World Champion.

“I tried to be smart and it worked out,” said Van Lierde at the finish line. “After last year I believed I could do it. It was the best race of my life.”

Meanwhile, the women’s race out of the water was close too, with most of the major players making it out together. American Haley Chura exited first (53:55), followed by Great Britain’s Jodie Swallow (54:01), Leanda Cave (54:04), and American’s Meredith Kessler and Amanda Stevens (54:06).

Canadians Sara Gross and Heather Wurtele completed the swim in 58:50 and 58:52 respectively.

Out on the 180 km ride, the women’s race featured a number of lead changes but when all said and done, Great Britain’s Rachel Joyce entered T2 first with a 4:55:25 ride. Just three seconds behind was American Meredith Kessler, and she did quick change in transition to head out onto the run first.

However, that lead did not last long, Joyce resumed the race lead by the 6 km mark. But in arrears, 2010 champion Australian Mirinda Carfrae rode 4:58:20 to stay within striking distance, then made a mad charge to the front. At the 22.5 km mark, she passed Joyce for the lead and kept her torrid pace right to the finish line. She ended up posting a new run course marathon record of 2:50:35 to take the overall victory in a stunning new overall course record time of 8:52:14 (breaking Chrissie Wellington’s mark of 8:54:02 from 2009) and her second Ironman World title.

“I think I’ll be able to cover the wedding bill,” joked Carfrae at the finish line. She pocketed $120 000 US for the win and is getting married to fifth place men’s finisher Tim O’Donnell (who won $19 000) in two months. “I felt amazing all day today.”

Canadians Heather Wurtele and Sara Gross did not finish the race.

“Always hard when you truly believe you can have a great race, but don’t have it come together. Lot of work goes into that one day! Onward!!” – @TeamWurtele

Despite not having the day they wanted, defending champions Pete Jacobs and Leanda Cave did not drop out of the race. Jacobs stopped the clock at 9:06:39 – 32nd among pro men, and Cave in 9:25:07 – 12th among pro women. And in what was likely his last appearance in Kona, three time champion Craig Alexander finished in 8:43:59 – 21st pro male.