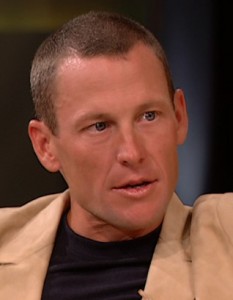 While it’s not hard to believe that Lance is lying, the terms of those lies are still so unclear. Former UCI president Hein Verbruggen has denied that the sport’s governing body  made any attempt to cover up positive tests from Lance Armstrong at the 1999 Tour de France and 2001 Tour de Suisse, insisting that Lance “is lying.”

Armstrong has maintained that Hein was involved in coming up with a backdated prescription for the cyclist when he provided a positive test for cortisone at the 1999 Tour. During an interview on Dutch television Monday night, Verbruggen maintained his argument: “I never tried to cover up positive tests. There was no agreement between Armstrong and me, or between Armstrong and the UCI. He’s lying.”

“The positive test for cortisone at the 1999 Tour de France wasn’t even carried out by the UCI but by the French ministry. The cortisone came from an ointment that he had on prescription. So it didn’t pose any problem,” Verbruggen said.

During the interview, Verbruggen also again denied the allegation by two of Armstrong’s former teammates, Tyler Hamilton and Floyd Landis, that the UCI was involved in covering up a positive test from Armstrong at the 2001 Tour de Suisse. He reiterated his previous claim that the UCI had called on Armstrong to explain a suspect sample, but that the American had not tested positive for EPO.

“At the 2001 Tour de Suisse, there were doubts about his haematocrit level, which could have indicated EPO use. Armstrong was close to the limit but he was below it, so he was absolved,” Verbruggen said. “It would have been impossible for me to cover up a positive test as the laboratory sent the report to other bodies and not just the UCI. So Armstrong is lying.”

The new president of the UCI, Brian Cookson, has established a three-person commission to investigate allegations of impropriety during the terms of Verbruggen and his successor Pat McQuaid.