Any triathlon fans checking out the live tracking from Ironman 70.3 Mont-Tremblant today would be wondering where on earth Olympic champion Flora Duffy was. Turns out she wasn’t able to even start today’s race because her bike never made it to Canada. (Not the one pictured above – she was set to ride a tri bike this weekend!) 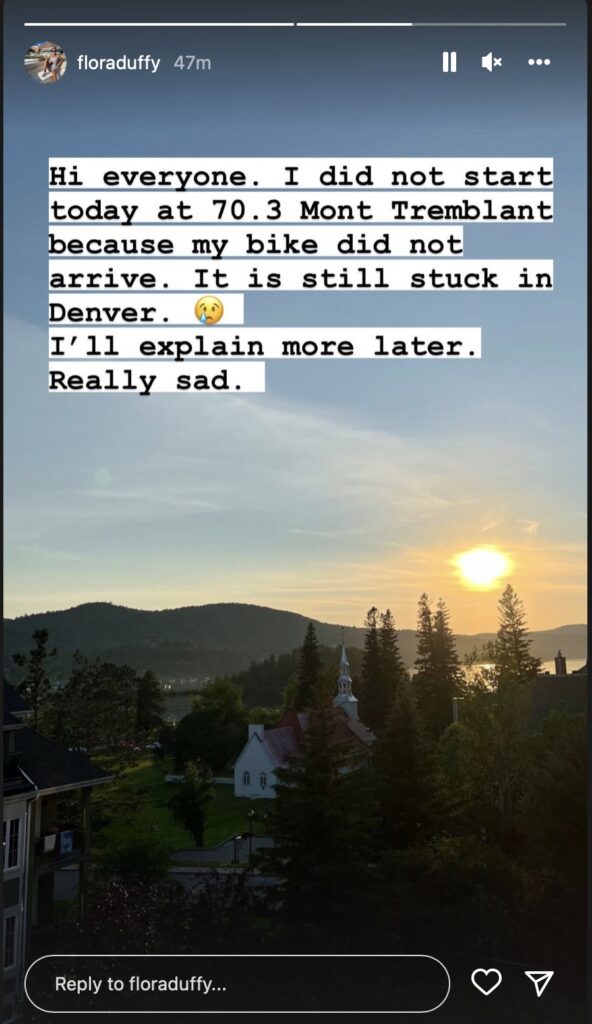 It’s been a tough week for the world’s top triathletes competing here in Canada – World Triathlon Championship Series Montreal winner Georgia Taylor-Brown never got her suit case from Air Canada, who managed to leave it in Heathrow airport all week.

Duffy had chosen to skip the WTCS race in Montreal to focus on the race in Mont-Tremblant – she’s trying to secure a spot for The Ironman 70.3 World Championship in St. George, Utah in October. This weekend is one of the last weekends available to earn a qualifying spot for the 2022 worlds. She had originally planned to compete at Ironman 70.3 Chattanooga in May, but had to pull out of that race when she came down with COVID.

Duffy is looking to defend her Commonwealth Games title in Birmingham in July – hopefully her bike will make it over to the UK.