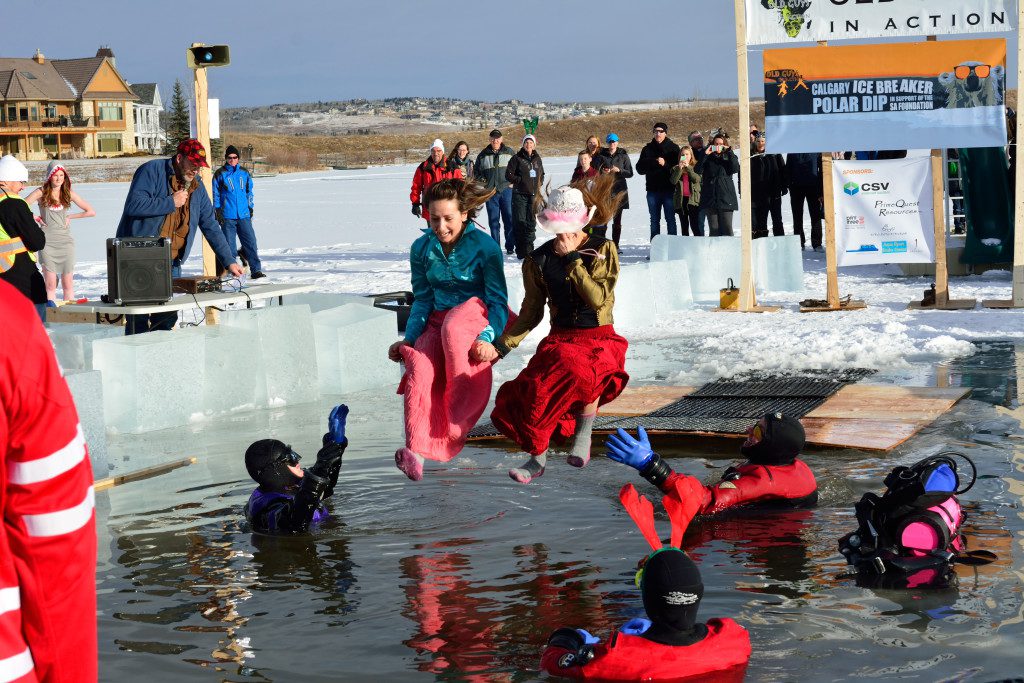 Missing the open water swim season? Triathletes across the country can ring in the new year with a dip in Canada’s icy cold waters at one of the many polar bear swims taking place on New Year’s Day. These events raise money for charity and attract many locals in the community, making them fun events for families or tri clubs. Warning: you’ll see fun costumes but won’t find many wetsuits at these dips. Here are five polar bear swims across Canada to check out.

One of Canada’s largest, the Courage Polar Bear Dip turns 31 on January 1st, 2016 and has raised over $1 million for World Vision water projects for developing countries. The coldest water temperature recorded at this event was -18 C in 2014, but the dip continues to attract hundreds of participants and thousands of spectators each year.

The eighth annual Calgary Icebreaker Polar Dip will raise money for Servants Anonymous Foundation which works to prevent human trafficking around the world. This dip is one of the coldest in Canada, with organizers carving a hole in the ice of a pond for participants to jump in. This year, it aims to raise $50,000 and is already more than half-way there. 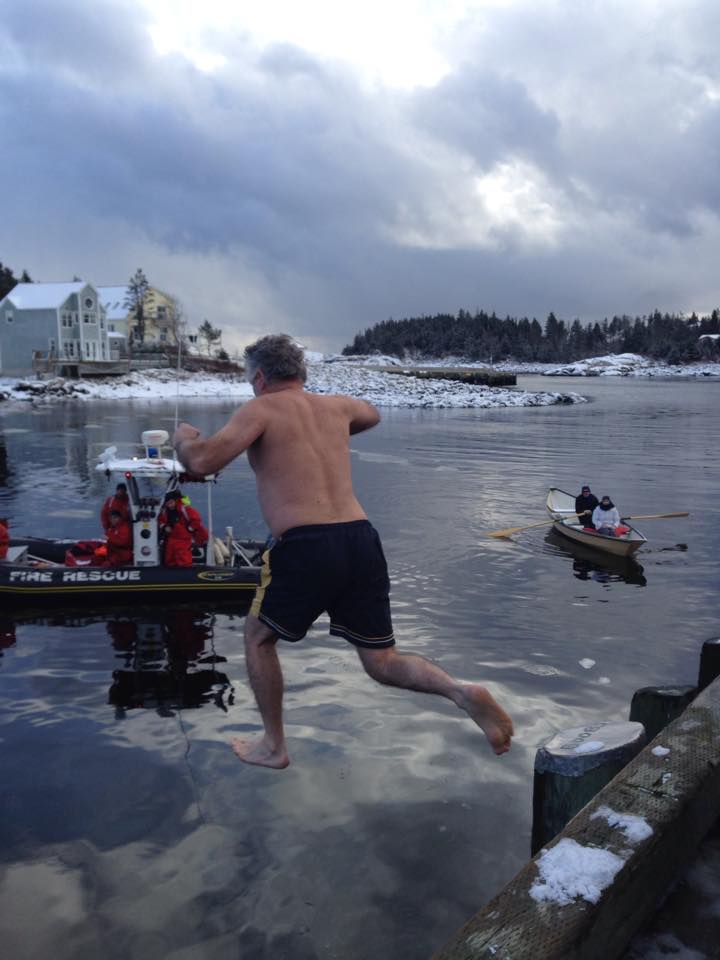 The Herring Cove Polar Bear Dip raises money for local charities every year, including Feed Nova Scotia. It started out as a small tradition between a few friends and is now a registered non-profit organization with many devoted participants and volunteers who look forward to it each year.

The Sears Great Canadian Chill has two events — this New Year’s Day polar bear dip and a similar event in Toronto in February. This dip raises money for the Children’s Hospital of Eastern Ontario and draws a few hundred participants every year. In recent years, the temperature of the Ottawa River has hovered around -10 C.

The Kelowna Polar Bear Dip is run yearly by local non-profit organization CRIS Adaptive Adventures, who provides recreational outdoor programs for people with disabilities. This year, they are hoping to raise $400,000 through their polar bear dip to fund the building of a new facility. They make the dip part of a winter festival to engage as many community members as possible.