Alex VanderLinden is a pro triathlete who lives and races primarily in Ontario. Each month, he’ll write a column for TMC with insight into the world of pro racing, with opinions and observations. 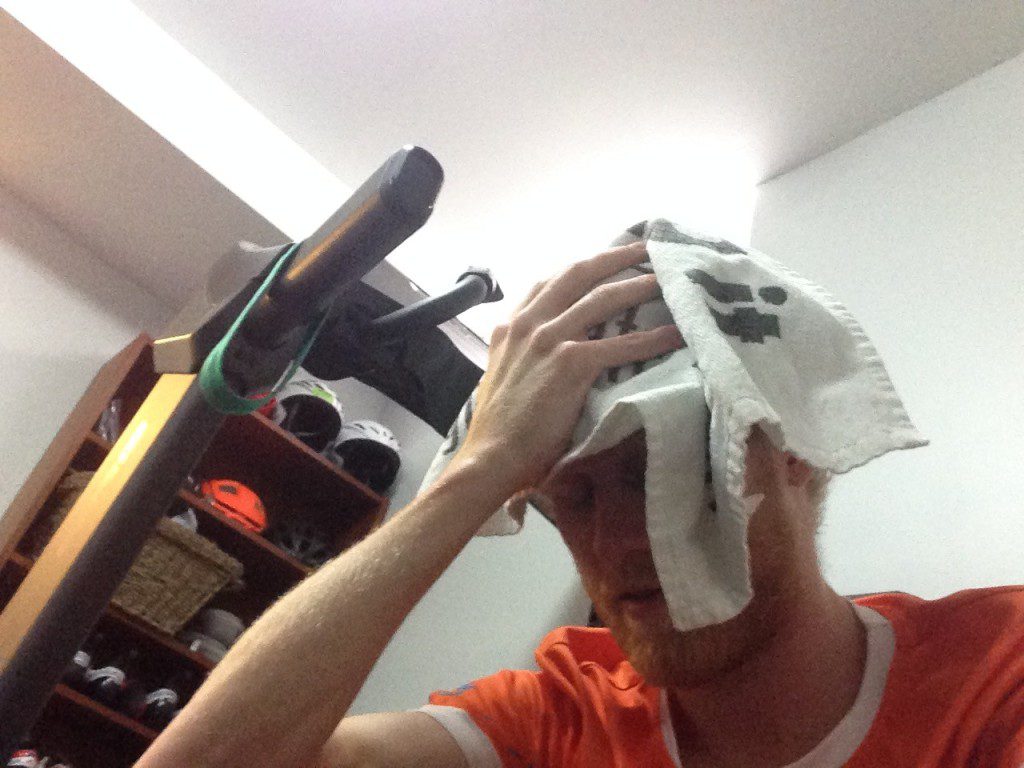 It’s been a tough month mentally. February sometimes is.

The excitement of a new year has dribbled away and we’re further into hard training. It means that the body is a little worn down and the mind is no longer clear and fresh.

For me, my first pro race is still two months in the distance – it feels like light years away as I look out at a blizzard settling in across the skies of Ontario. So right now, there’s little to lift the enthusiasm levels and it’s easy to allow the mind wander to those darker places.

To compound things, I picked up a little niggle in my knee recently. It spread into a dull pain and I was forced to miss a few days of training.

All of this led to moments of doubt and self-examination – two powerful beasts. Powerful enough that I found myself on the couch, flipping my laptop open, scrolling through Netflix to find something to quiet my thoughts.

Netflix wasn’t much use. For those few days, in my own head, I was no longer “Alex the Triathlete.” I’d somehow morphed into “Alex the Couch Potato”. It’s natural to self-identify with your goals, with your chosen path in life, and when that changes, you’re suddenly on shaky ground.

During those days, I was in a negative circle because the more time I spent away from training, the grumpier I became. And the grumpier I became, the more difficult it was for me to get back on the horse, to find the spark to ignite my passion once more. In the end, I was beginning to wonder where “Alex the Triathlete” had gone.

I also dipped onto social media from time-to-time and was met with amazing updates from my triathlete friends and rivals. My feed was dominated by triathletes smashing workouts, or preparing to kick off their season at some exotic race. And there I was, sitting on my couch in Kitchener watching my laptop. I knew I had to snap out of it, that I had to give myself a break and realize I was injured and on a short break. But finding perspective in February is never easy.

As a group, we’re great at putting ourselves under pressure. We need to execute every session according to the way that we’ve planned it in our head, we need to see progress on a daily basis. It’s easy to focus on the minuscule to such an extent that we lose sight of the bigger picture.

The fact that we’re so plugged in these days doesn’t help, either. Nobody tweets about the bad sessions, even though they’re a huge part of being an athlete. And the amount of data we have at our fingertips can prove to be a double-edged sword. It can keep us honest and focused and push us on to new heights, but it can also lead to obsessive, unhealthy behaviour. These days, we’re constantly comparing ourselves to our competitors and to past performances.

We’ve got Garmin, Strava, Sport Stats. We’ve got power output and watts per kg. Numbers, times and dates are right there in front of us and if we don’t see improvement, it can drive the mind to those darker crevices.

I’ve been slowly learning to live within this environment. On Monday, after a hard, low cadence trainer workout the day before, I woke still weary and hungry. My Monday workout was a long run and I intentionally decided to leave my watch at home. I chose to simply run –  to hell with the numbers. I knew if I brought my watch and saw that my pace was lower than expected, it would mess with my head and I’d be miserable that evening.

Decisions like those help with the bigger picture, because we can’t always operate with a positive mindset and we can’t always nail every single workout. We’re never going to improve 100 per cent of the time so the trick becomes managing expectations.

A masters swim coach once told a collegiate swimmer that instead of comparing their swim times to those she recorded five or six years ago, she should wipe the slate clean every year. A new beginning each January, and work to improve from there. I thought it was sound advice.

It’s not just professionals who get stressed out about performance and improvement. I see it with age groupers all the time. Some athletes are so committed to qualifying for Kona, for example, that it becomes the essence of their being. What happens if they eat bad food the night before their qualification race, what if they have a mechanical on the bike? It shouldn’t change how they view themselves, but many times it does.

I guess we’re all chasing perfection but that’s such a moveable, unsustainable concept. Has Jan Frodeno reached perfection, has Daniela Ryf?

Really, perfection will never be achievable and in the meantime, we’ve got to learn to give ourselves a break sometimes. At least I do. That’s what I’m learning as this weird, long month of February finally draws to a close.