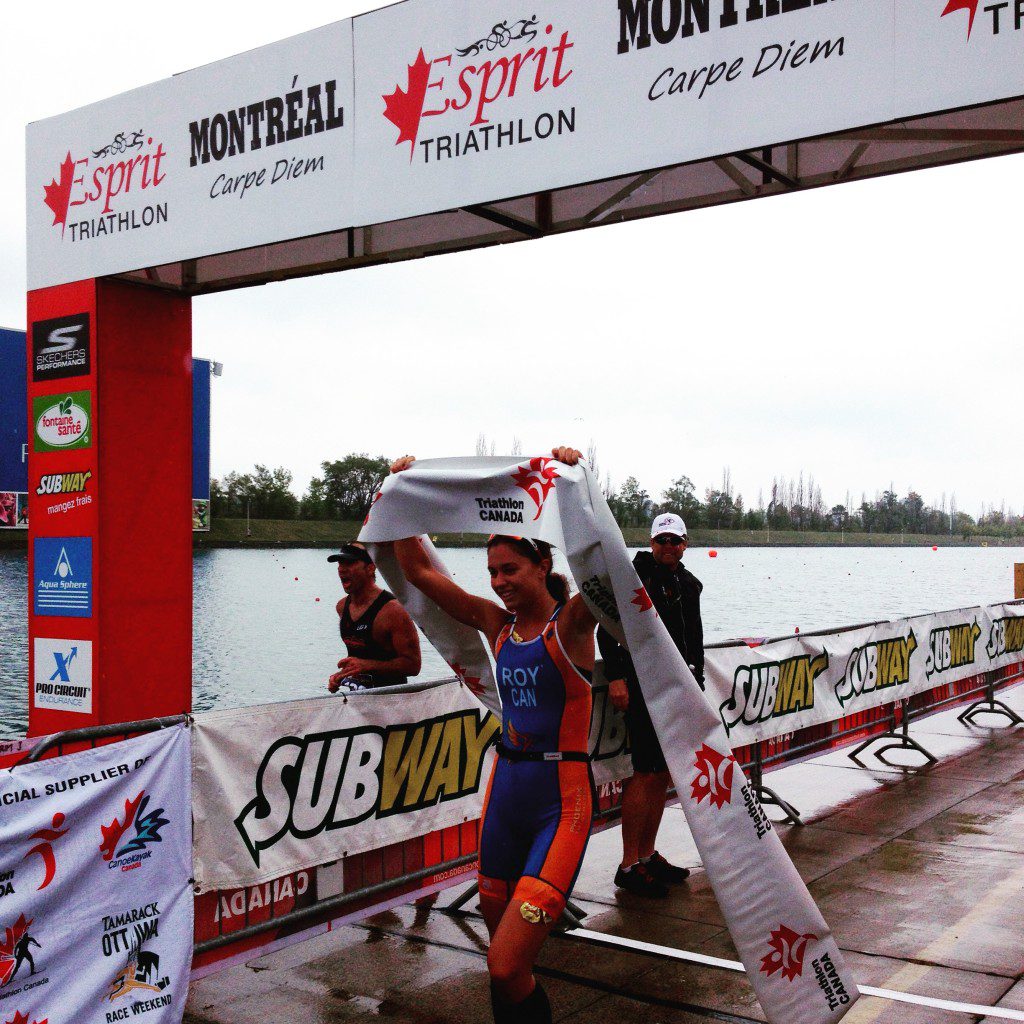 On Saturday, September 12th, Quebec’s Pierre-Marc Doyon and Stéphanie Roy won the Canadian Long Course Championships at the annual Montreal Esprit Triathlon on Notre-Dame Island. The half distance race featured a swim in the Olympic rowing basin, a bike course consisting of laps around the Formula One Grand Prix race track and a run around the basin passing by the triathletes’ village and spectator stands. The fast and flat course is a favourite for many local and international triathletes as it provides a great opportunity for a personal best. Pierre-Marc Doyon of Levis, Quebec broke the four-hour mark and won the men’s race in a respectable 3:59:38 while Laval’s Stéphanie Roy, one of the field’s youngest competitors, finished first among the women in 4:28:36. “I had an amazing race,” Roy told TMC. “I had a good swim, which put me in first after T1. I was still in front at the start of the run but I knew that I had to be very fast to finish first since (Annie Gervais) who was second is a very good runner. With the course being flat and open, I could see where she was and I had to keep a strong pace to stay ahead.”

Besides the Canadian Long Course Championships, the Montreal Esprit Triathlon weekend also hosted the Olympic and sprint distance Canadian Duathlon Championships and the highly anticipated Olympic and sprint distance triathlons on Sunday as well as relay options for all the events. Over 3,300 athletes from all over Canada and around the world including from Europe and Asia raced over the course of the weekend. Quebec dominated the podium in several distances, reflecting the province’s vibrant and long-standing triathlon culture. Despite rainy conditions making for a slippery bike course, this was one of the most successful weekends for the beloved Montreal triathlon  which continues to grow every year.

Here are the full results from the weekend.