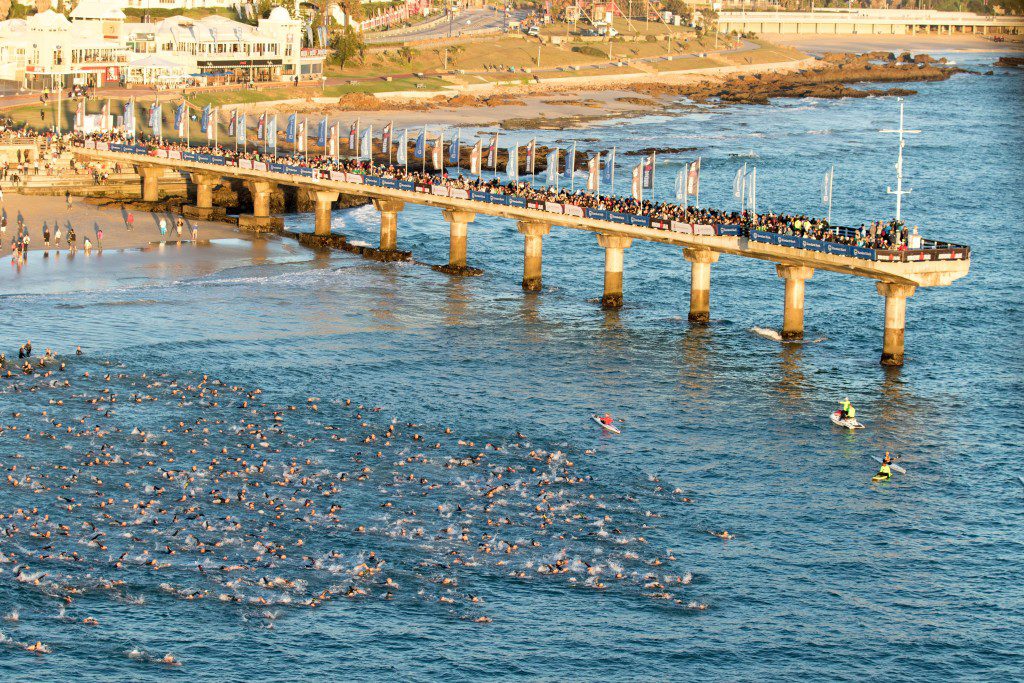 Featuring some of the most impressive scenery in Ironman’s global circuit, Ironman South Africa rolls along the inviting beaches of the Eastern Cape Province before heading inland and traversing massive sand dunes, the winds through horse farms and along the wild shores of Africa’s coast.

The city of Port Elizabeth, known as the “friendly city,” is located on the East Coast of South Africa in the Nelson Mandela Bay, close to the southern tip of the continent. This coastal city hosts Ironman South Africa, a race that will win you over in a heartbeat.

Race director Paul Wolff, a Kona qualifier himself, knows what athletes need. Wolff also manages the region’s two 70.3 races and a 5150. From its humble beginnings in 2005, the race has grown to one of the most sought-after events on the Ironman circuit. For its 10th anniversary in 2014, changes were made to the swim and bike course to accomadate the sold-out field of 2,500 athletes. 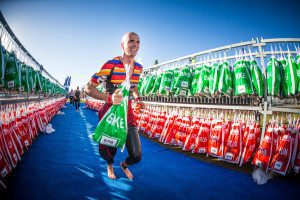 The swim was changed from a two-lap to a single-lap course to improve flow for the bigger number of athletes and will be a rolling swim start in 2016. The relatively flat, but sometimes very windy, three-lap bike course known for some super aggressive bike splits, was cut down to two longer, but hillier, loops. The run route will move from four- to three-laps of 10.55 km this year.

The change made the course more challenging, but it added even more scenery to a course that already boasted hilltop views of the ocean and long stretches through country estates and along sprawling beaches. It was also a welcome change from a technical perspective to open up what was fast becoming a crowded bike course on which it was difficult to avoid drafting penalties.

The city, its people and all stakeholders have invested financially and emotionally in the race and one can see the support in the army of volunteers and spectators in team-issue gear taking in the event. The crowds during the run portion, held downtown on the beachfront, are intense and enthusiastic. Former champion, course record holder and multiple Ironman champion, Raymond Tissink has said the crowds during the run remind him of those lining the climbs of the Tour de France.

Port Elizabeth – once a quiet, coastal city – generates its industry from automotive manufacturing, like a South African Detroit. It has blossomed into a welcoming, charming, clean and eager destination for endurance athletes not just once a year but throughout the summer.

Just 12 years down the line this small city has a skip in its step, a small bustle about it as anyone and everyone year-round can be seen running along the promenade on the beach or riding their tri bikes into the countryside.