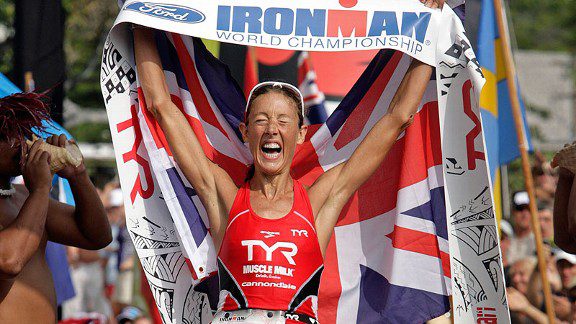 “Chrissie’s accomplishments in the sport are impressive and it is fitting that she should be inducted in her first year of eligibility,” said Andrew Messick, Chief Executive Officer of Ironman. “Chrissie exemplifies the role of an Ironman World Champion and has defined what it means to be a professional triathlete in the modern era. Her achievements have furthered the sport and inspired many to become IRONMAN triathletes themselves. We are honoured to induct her into the Ironman Hall of Fame, joining the other elites of the sport.”

“Once you decide to leave the sport as a professional athlete you think your days of being awarded accolades are over—I am truly humbled and excited to see my name featured among our sport’s greats, whom I have so much admiration and respect for,” said Wellington.

“I devoted five years to being the best athlete I could be. No short cuts, no stone left unturned,” Wellington continued. “I would rather have five years of excellence than 10 years of mediocrity. My life has changed for the better from being able to achieve and experience what I did.”

Founded in 1993, the Ironman Hall of Fame was created to honour individuals, like Wellington, who have made outstanding contributions to the growth of Ironman, the world’s most famous endurance race series. Wellington will join a prestigious list of remarkable individuals honoured not only for incredible athletic achievements, but also for what they have given to the sport of triathlon and Ironman.