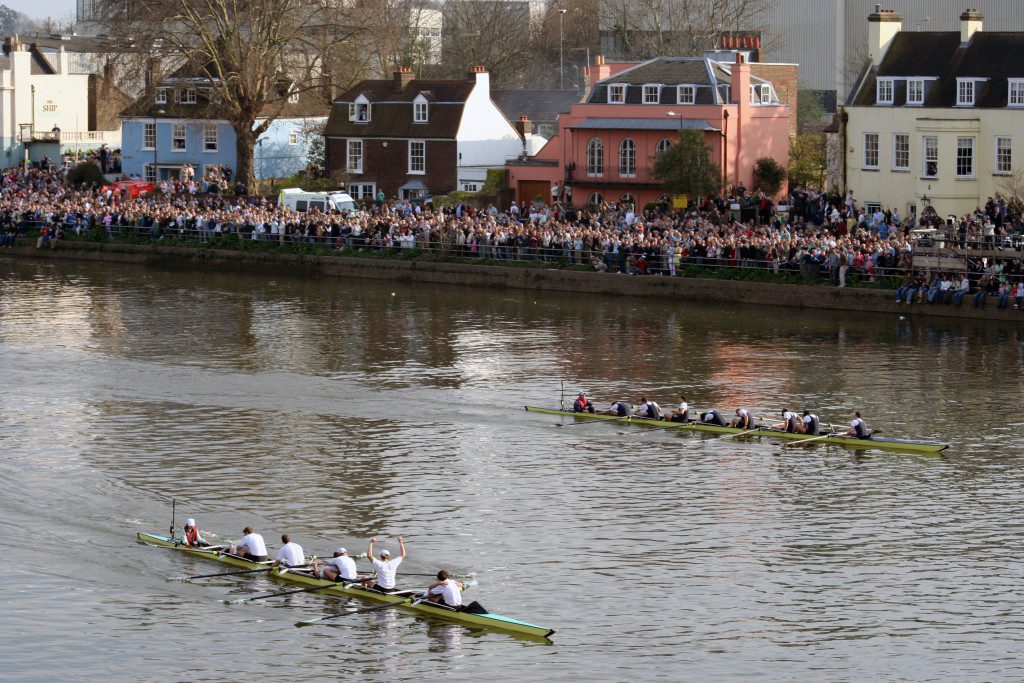 The BBC’s Eleanor Oldroyd interviewed four-time Ironman world champion Chrissie Wellington along with England fast bowler Ryan Sidebottom and Master’s snooker champion Shaun Murphy on the Friday Sports Panel to discuss the historic event in women’s boat racing taking place this Saturday. For the first time in its 88 year history, the boat race between Oxford and Cambridge will feature the men’s and women’s race on the same course, where the women will for the first time take on the full tideway course from Putney to Mortlake. While the men’s race has long been a huge event, the women’s race has never garnered the same attention.

Expressing disbelief at the fact this inequity existed for so long, Wellington said,

“Yes it’s mind blowing but looking at it more positively, this is a huge step forward and hopefully we will look back in a few year time and we’ll realize what we missed out on and what a mistake we made during those 88 years, not having it on the same day, and not broadcasting it live, not giving it the coverage it deserved.”

“I’m from a sport which is relatively egalitarian although not perfect. Women race on the same day, on the same course, for the same prize money as the men. That’s really important and yes triathlon is a relatively new sport, which does help to explain that. It’s not burdened by cultural or historical constraints or beliefs…I became very friendly through triathlon with a variety of female cyclists and we discussed the inequalities that exist there…It was mind blowing to me to realize that the winner of the biggest and longest multiday cycling race, [for women] won 450 euros [the 10 day Giro De Rosa], whereas the winner of the Tour de France wins 450 000 euros. That disparity is baffling to me.

One of the ways in which you can make female sport commercially sustainable… is to hold events on the same day as the men’s…Our intention was to get a women’s race held simultaneously as the men’s Tour and we were successful in our campaign last year…the women’s race was held on final day of the Tour on the streets of the Champs-Élysée. That’s not perfect, but it does help to focus eyeballs on the women’s side of the sport and enable it to attract commercial sponsorship….and increase the demand from the viewing public to see more women cycling but also really importantly, to drive participation at the grass roots.”

The Oxford and Cambridge race gets underway Saturday at 4:15.