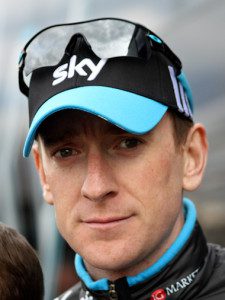 The 2012 Tour de France winner Bradley Wiggins has revealed that he had to take his children out of school and move them to a new one in the wake of Lance Armstrong’s admission last January. Wiggins said that his two children, Ben and Isabella, were “harassed and bullied” by their peers who asked them whether their father had used drugs like the American.

“It was hard for me and the family. It affected them as well. The Lance Armstrong thing in January… my kids started getting harassed at school. ‘Is your dad on drugs? He won the Tour. Is he the same as Lance Armstrong?'” explained Wiggins. He spoke at the Team Sky’s training camp in Majorca this week. The 33 year-old said that he felt “far more comfortable”  than he did just after becoming the first Briton to win cycling’s biggest race before taking his fourth Olympic gold at London 2012, not to mention the BBC Sports Personality of the Year trophy and a knighthood.

“That [Tour win] changed everything,” Wiggins said. “I left home pretty much unknown and came home the most famous man in the country for that week.

Wiggins said that he has now come to terms both with his role within the sport, as an ambassador and one of  “only three or four winners of the Tour without a history,” and his role within Team Sky.