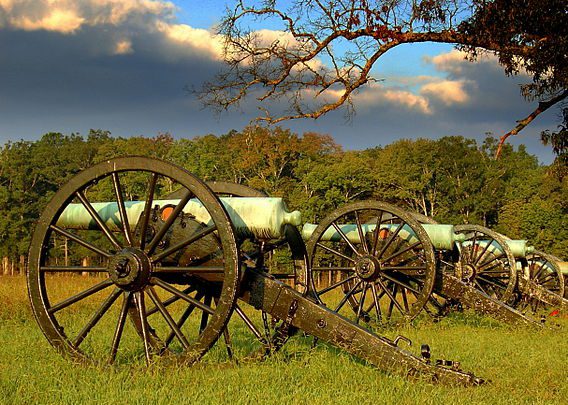 Last Saturday, Tabatha Hamilton crossed the finish line of the Chickamauga Battlefield Marathon as the first woman. She finished with a time of 2:55:39 — a completely plausible time for a recreational female runner — but she was disqualified the next day for some less plausible splits along the way.

The electronic timing mat at the halfway mark of the race clocked a 31-year-old Trenton, Ga., runner at 2:06:51, a time not at all in line with her finishing time. Assuming the electronic clocking system is correct, which they generally are, she had to have run the second half of the marathon about 10 minutes faster than the current world record in the half-marathon.

After the race Hamilton told local reports she had run a PB by “six or seven minutes.”

“I was running really slow in the first half, but I threw the hammer down in the second half,” she told The Chattanoogan. “My legs feel like lead and they’re a bit shaky right now, but my goal was to just finish and I was hoping to have a PR.”

According to the Times Free Press, a local paper, Race organizers called Hamilton the following day to tell her she had been disqualified. She claimed to have run the entire course and that her husband called out a halfway split of 1:36:51 which, if true, would mean she ran the second half in 1:19, a plausible but unlikely scenario, especially for a runner whose fastest searchable results online are in the mid-four-hour range for the marathon.

The race is run in Chickamauga and Chattanooga National Military Park, a wooded area with many trails. The course is mostly a double loop. It would be easy to jump off course and skip a lot of the race by taking a different route.

Nashville, Tenn., runner Lillian Gillmer, 41, who originally was told she finished second, has been notified that her result has been bumped up to first and she will be getting her prize in the mail. According to reports, when Gillmer originally crossed the line she believed she had won, having believed no woman was ahead of her. It seems she was correct.