Magali Tisseyre is super fit and ready for an excellent race at the Ironman 70.3 World Championship in Zell Am See, Austria on August 29. She’s been training under Paulo Sousa in Poway Calif., where she’s dramatically boosted her swim and upped her already blazing bike and run power. On July 26, Tisseyre raced Ironman Calgary 70.3 in an outstanding top performance but was disqualified for accidentally going off-course. TMC had the chance to discuss the race with Tisseyre and get at the heart of her ability to bounce back from disappointment. 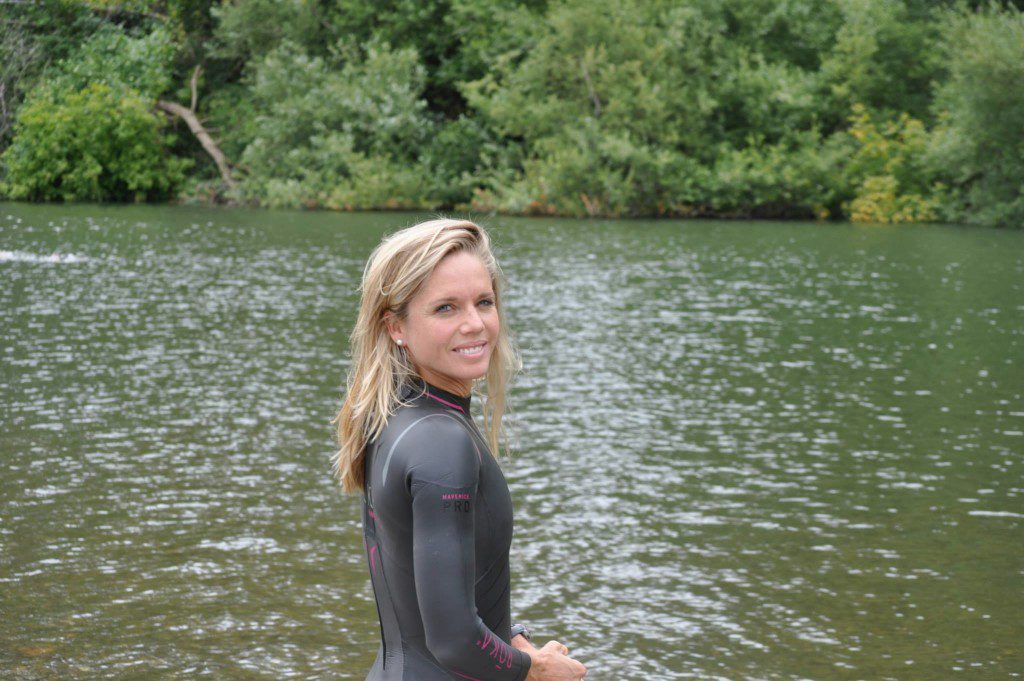 TMC:  When you came out of the swim at Ironman 70. 3 Calgary knowing you had not completed the right course, did you consider doing anything before you getting on the bike?

Magali Tisseyre: My impression at first was that I had been the only one who had been confused during the swim. When I saw that no one was swimming in the direction I thought we should be going, I followed the athletes ahead. I stopped and asked a volunteer where to go. I was told to go towards a buoy that I don’t remember being on the course at all, it was even a different colour. Athletes were swimming to and from it and it was very strange. After going to it, I asked a different volunteer and he directed me the way I took to head back to shore.

Upon exiting the water, I asked the crowd if any women had gone through (I knew Alicia Kaye and Lauren Brandon should be ahead of me). Only Brandon was ahead and much closer then expected so I got worried. I told people in T1 that I might have gone the wrong way and people kept on cheering and telling me to go. On the road, I tried to ask someone on a race crew motorcycle, but he didn’t seem to know.

For a moment, I felt very discouraged and thought of stopping. I realized that maybe my race was over. But then, I remembered how my coach and I had been talking about committing–to the race and to racing hard, regardless of the result. I decided to treat this situation as a test. I had to be able to forget about the result, refocus on the task at hand, stay in the moment and provide my best effort.

TMC: What happened at the finish?

MT: When I crossed the line, I was thinking I may get a penalty but was no longer thinking I would have a DQ since nothing was said by the race announcer, and I was greeted at the finish as though I had won.

When Alicia crossed the line, I went to talk to her and told her I felt I had gone short on the swim. She then went to the referee and put in a protest.

TMC: Will you do the race again?

MT: I have raced Calgary 70.3,  three times before, and I have always thought it was a great event, one that I was proud of, as a Canadian and one that is good for our sport. I also know that there is a great triathlon community in Calgary and the last thing I want is for these events to impact the race in any way. I hold no grudges and certainly will  return to race Ironman 70.3 Calgary.

TMC: How do you put a disappointing race behind you?

MT: After a bad race, I like to completely disconnect for the rest of the day or even for a couple of days and try to do things that I enjoy and make me feel happy. I talk to friends or go do something that makes me feel better. Often it will be something that has nothing to do with triathlon. Sometimes, it can even be like that for a couple of days after the race. And then I am ready to get back to work. I think emotions are there and you have to let them go by but you also have to remember your efforts, all the positives and be good to yourself.

If I am worried about my performance, my fitness or anything, I write my questions down and bring them up with my coach. Then we take action and find solutions.

TMC: What’s next for you?

MT: Next up is the Ironman 70.3  World Championship! I feel like the fitness is ramping up very well for Zell Am See. I think I raced well in Vineman and even better in Calgary. I am excited about giving it my all in Austria! After worlds, I plan on doing Beijing international with (my boyfriend) Eric Lagerstrom and then finishing the season with Cabos 70.3.