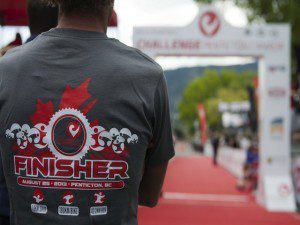 The race, won by Carrie Lester and hometown hero Jeff Symonds, was well received by the athletes who participated, but it was the reduced participation numbers and the Challenge Family full refund policy that contributed to the speculated financial loss.

“That will never happen again. That was one time only and it was $135 000, a huge hit,” said Penticton Mayor Garry Litke to the Penticton Western News. “The athletes themselves were astounded by that. That came from the Challenge Family as a condition so this board had to swallow that. Not happily, that’s for sure.”

“There are bills coming in and there is not enough registrations coming in to pay the bills,” said Litke. “That’s not unusual, and because there are cash flow problems and the society needs to have some money to operate. They came to the city and the city has offered a line of credit of up to $200 000.”

The city and the Penticton Triathlon Race Society fully expect to bring the race back to its former glory days as Ironman Canada, but anticipate it will take at least three years to do so.

A big hurdle this year was the fact that the new Ironman Canada in Whistler took place on the same day. For 2013, Challenge Penticton takes place on Sunday August 24, while Ironman Canada moves to Sunday July 27.