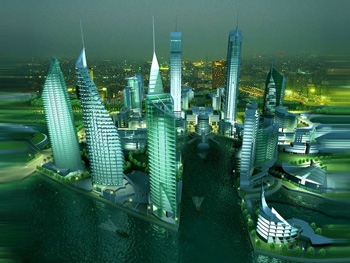 The Challenge Family announced Challenge Bahrain this week, marking a new Middle East partnership and promising to raise the bar in the sport to new heights.  A record prize purse of $500,000 US is the largest in the world over the half distance and is certain to bring the world’s top talent on December 6, 2014.

The point-to-point course will highlight much of Bahrain’s history but also runs by the newly announced “Bahrain Triathlon City.” The high performance training centre is still being built but will feature altitude-controlled training facilities and accommodation as well as world classing swimming, biking and running circuits, aimed at being the best in the world. The swim will take place in the calm waters of Bahrain Bay, while the bike course leads out of the city, and through the residential areas. The run leg traverses a wild life park and athletes will finish on the Formula One race track.

His Highness Shaikh Nasser bin Hamad Al Khalifa, President of The Supreme Council for Youth and Sports, explained the partnership by saying, “Our aim in the Triathlon Association is to promote the spread of triathlon in our Kingdom and place ourselves in the world triathlon map. Challenge Bahrain is the perfect fit in our strategy and we will aim to capitalize as much as we can by both providing local programmes to increase our triathletes’ base as well as be as hospitable as possible to international professional and age group triathletes so we can build a good and solid integration. We believe in the future of triathlon.”

Challenge Family CEO, Zibi Szlufcik echoed these sentiments, “This will be spectacular! Athletes will be blown away by what they will experience in Bahrain, from the high-level calibre of competition to the outstanding race packs, to the generous hospitality of the Bahrain people,” he said.

Many pro athletes have taken to social media to express their excitement about this new venture, particularly in light of the recent cuts to the pro prize purse in the Rev 3 series. Canadian pro and Challenge Penticton winner Jeffrey Symonds tweeted:

“Huge move by @Challenge_Famil with the announcement of @Challenge_bh. Same amount of prize money for one race as the whole Rev3 series!”