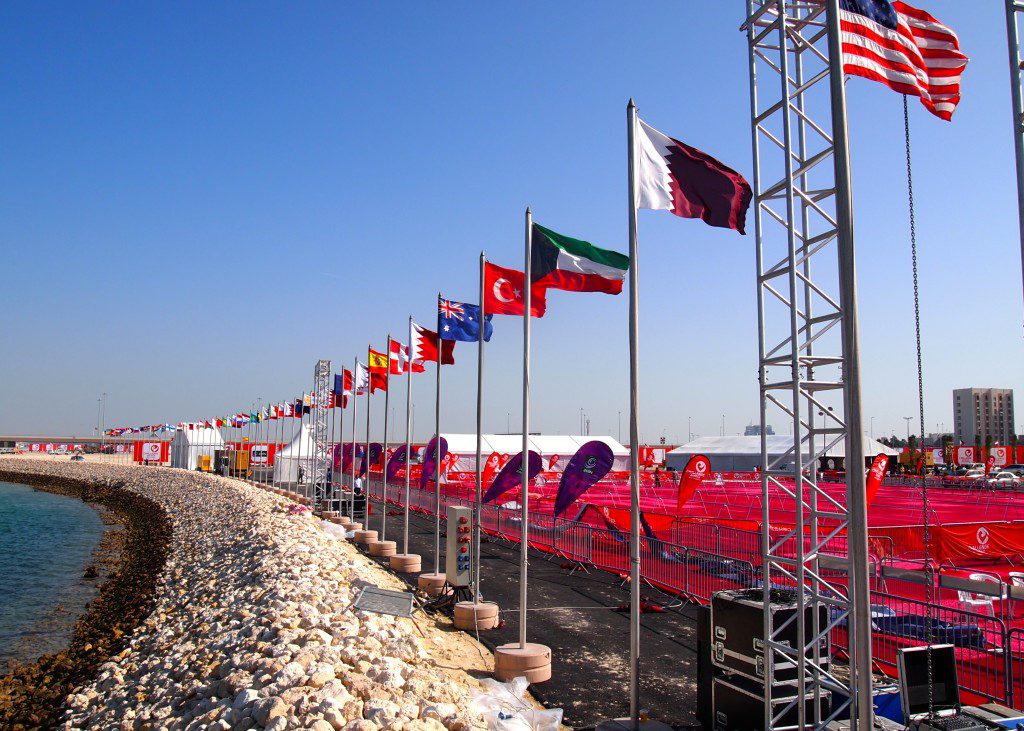 Following this weekend’s  major prize purse awarded at the the inaugural Challenge Bahrain, race directors announced a new Triple Crown series and a grand final prize purse of US $1 million in 2015. The organizers insisted the event ‘set the benchmark in global endurance sport’. At the Challenge Bahrain Awards Ceremony, His Highness Sheikh Nasser bin Hamad Al Khalifa confirmed plans for the Challenge Triple Crown, a series of three half-distance triathlons including Challenge Dubai, Challenge Oman and the grand final in Bahrain in December 2015.

His Highness Shaikh Nasser bin Hamad Al Khalifa, President of The Supreme Council for Youth and Sports, said the continued partnership with Challenge Family was driven by a desire to inspire the region’s citizens by staging a world class event open to public participation.

“We have always been committed to host world-class sport events in The Kingdom of Bahrain and now we can extend this to our neighbours in Oman and Dubai,” he said. “Each race will provide our youth and sports communities the opportunity to experience what the world has to offer at their arms reach. Now is time to support one of the fastest growing sports in the world, triathlon. With open arms, we look forward to welcoming you to the Kingdoms of Bahrain, Oman and Dubai.”

Challenge Family CEO, Zibi Szlufcik, said the announcement was just the start of an exciting new era in triathlon, not just in the Middle East but globally.

“The Triple Crown is changing completely the perception of triathlon on a global scale,” Szlufcik added. “It’s a game changer for the sport, taking it to a whole new level. Plus it is providing Challenge Family the opportunity to grow the sport in line with our core values and providing pro athletes as well as age groupers with an amazing structure throughout the whole year, leading to a grand final in Bahrain.”

More details on Challenge Oman and the Triple Crown qualifying structure will be released shortly.