Caroline Steffen will debut her custom painted P5 at the Ironman World Championship in Kona on Saturday and is already hoping it’s her “lucky charm bike.” Cervélo Graphic Designer Tom Briggs drew on two major themes that he found ran through Steffen’s career as an athlete: pride and dreams. The pride he represented through a prominent Swiss flag motif, representing Steffen’s homeland. The Swiss cross can be seen prominently on the frame, as well as more subtly on the inside of the fork and inside of the seat stays. Added to this is a combined Australian and Swiss flag image on the back of the seat tube, to represent the mix of Steffen’s homeland and the place she now calls home, Australia, where she lives with partner and fellow professional triathlete David Dellow. 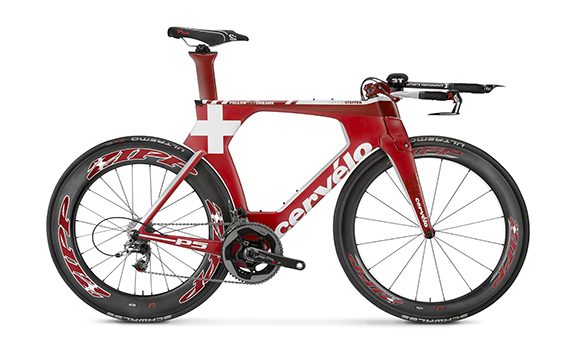 As Briggs says, Steffen is “extremely motivated by a personal dream.” That dream to succeed has driven her to be a permanent fixture the upper echelon of the sport. To reflect this, on the top tube of her bike are the words “Follow Your Dreams”, with a series of arrows pointing forward—representing a path to the finish line.

The bike also gestures to Steffen’s nickname—Xena: Warrior Princess. Briggs explains that he’s “taken all of the bladed edges and incorporated a grey-to-white fade to mimic the blade of a sword.”

“The design of the bike really reflects my personality,” says Steffen. “I feel happy, proud and very special to be an owner of this piece of art. It gives me an extra boost for the last few weeks of hard work leading up to Kona.” 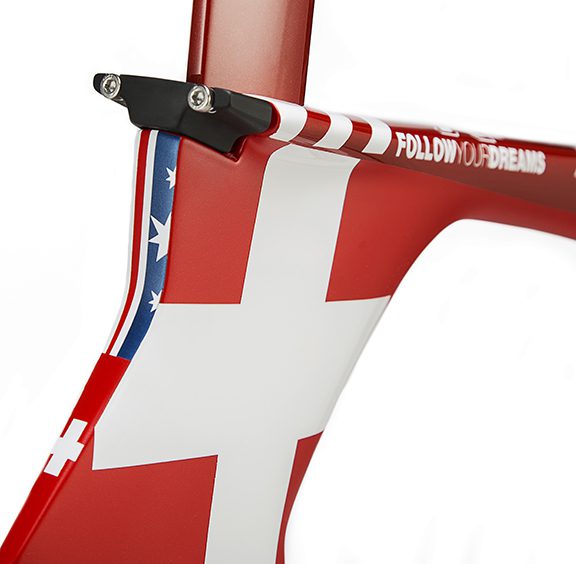