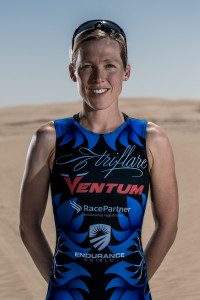 Canadian-born triathlete Alicia Kaye won the 2015 Panasonic New York City 5150 Triathlon on Sunday in a time of 1:58.25. Kaye led start to finish and gained most ground with a bike split two and a half minutes faster than her next competitor. Lauren Goss placed second with a time of 2:01.09, and Australian ITU triathlete Felicity Sheedy-Ryan placed third in 2:04.19. In the men’s race, Ben Collins and Cameron Dye battled it out to the finish, with Collins taking the win in a time of 1:44.59, and Dye taking second in 1:45.30. Jesse Thomas rounded out the podium for third in 1:47.34.  Canadian Jackson Laundry placed sixth, in his one of his first major professional races, with a time of 1:51.38. Laundry said, “…It definitely was the most competitive [race] I have ever done and it felt good to show that I belong in these races.” The iconic race, which has the athletes swim downstream in the Hudson River, bike along Manhattan’s West Side highway, and run through Central Park, attracted international athletes in the pro and age group divisions.