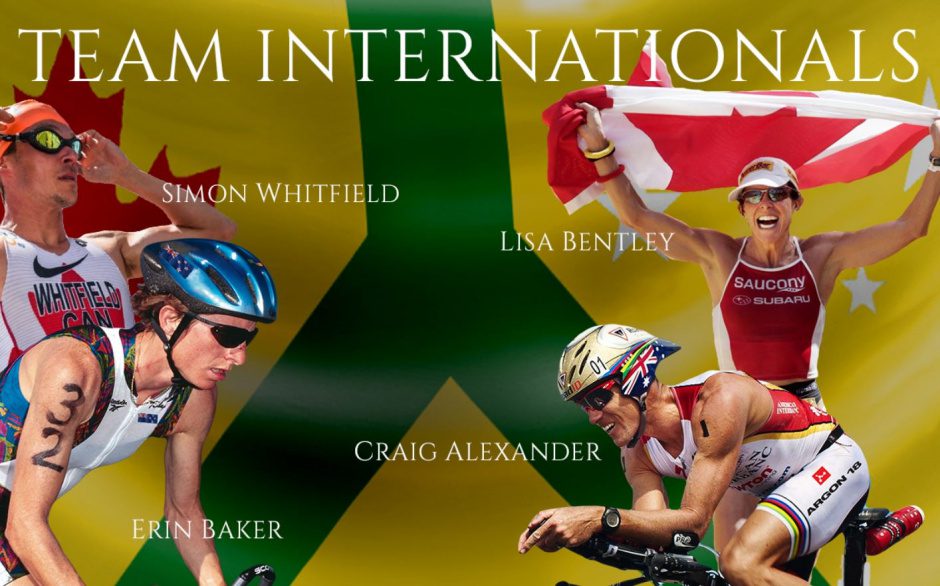 Two of the most prominent triathletes Canada has ever produced have been named as team leaders for the International Team at next year’s Collins Cup.

Eleven-time Ironman champion Lisa Bentley and Olympic gold medallist Simon Whitfield will join ITU champion Erin Baker and Ironman world champion Craig Alexander as captains for the international squad, which has yet to be announced.

The Collins Cup is a long-distance competition organized by the Professional Triathletes Organization and modelled on golf’s Ryder Cup and will feature teams from the USA, Europe and the International squad that these four will lead. The first competition is set to take place next year.

“It is an honour to be one of the International captains,” says Whitfield, the first male Olympic gold medalist in triathlon. “Triathlon is such a fantastic and close-knit sport. It is funny to think I first met Crowie (Craig Alexander) as a school boy in Australia, and now we are helping lead the International Team. It is a privilege as a Canadian, together with Lisa, to be an integral part of The Collins Cup. Canada has a rich history in the sport, having been the birth place of the ITU, and punches way above its weight when it comes to producing top level athletes. This will be a stunning competition.”

“The format of having head-to-head races among the best professional triathletes in the world will be dramatic,” says Bentley. “It will be an honor to work together as captains with such great champions as Craig, Erin and Simon. We raced together and now get to share our experiences with today’s professionals. The depth of the International team will be strong, and we look forward to challenging the USA and Europe.”