The recently retired short track speed skater, Marianne St-Gelais will be competing in the Montreal Triathlon this weekend. She will be joining a sprint relay team of Benoit Huot and Alexander Despatie. Huot, the nine-time Paraolympic gold medalist swimmer will be doing the 750m swim portion. Depatie, Canada’s Olympic diver will be doing the 20K bike segment. St-Gelais, the two-time Olympic medalist will complete the race with a 5K run.

The Mayor of Montreal, Valérie Plante will also be racing this weekend. Last year, Plante completed the run portion of the relay and this year will be no different. Plante is a vocal spokesperson for active living and feels it’s important to lead by example in city hall and on the streets. In an article by Marian Scott of the Montreal Gazette, Plante says, “As a Montrealer and as a mom, it’s important to encourage physical activity.”

Related: Montreal is ready to welcome the world’s best 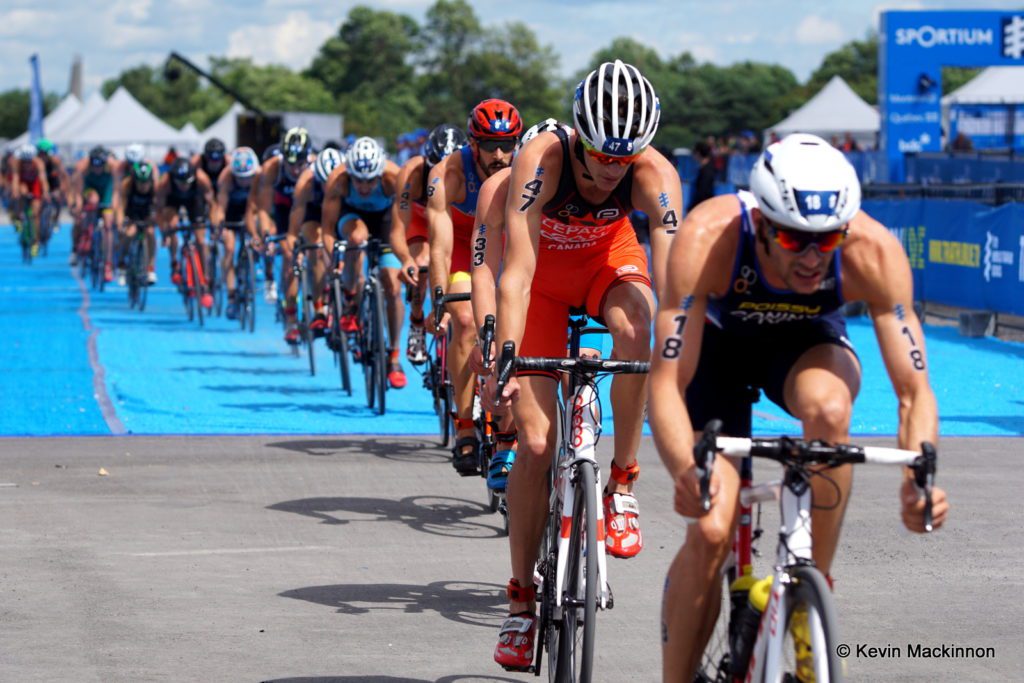 Alexis Lepage racing in Montreal in 2017. 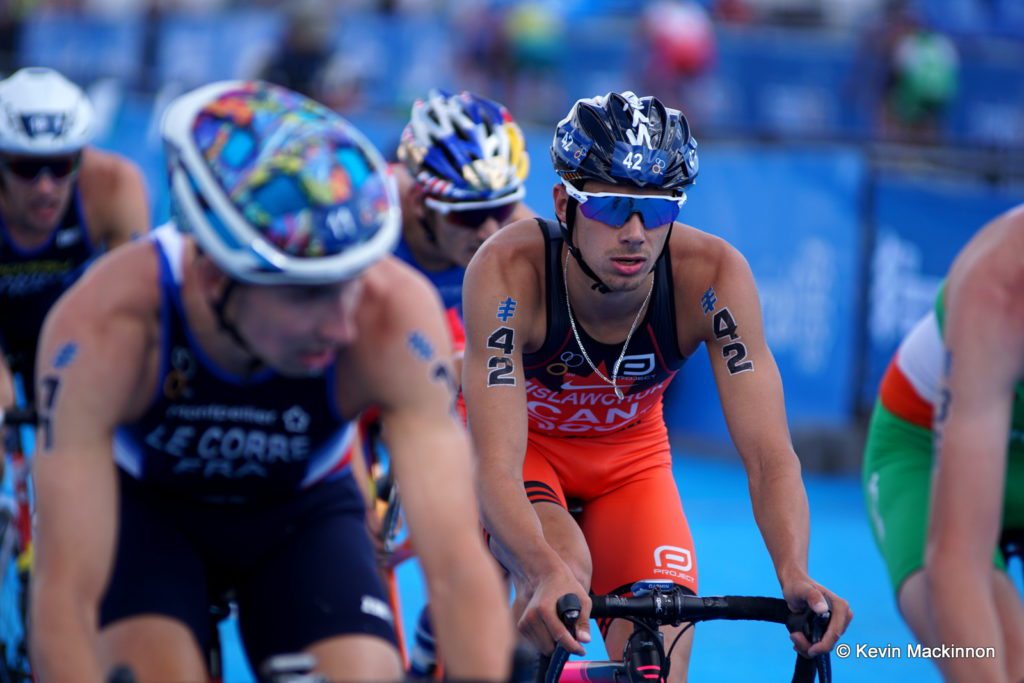 Tyler Mislawchuk racing in Montreal in 2017. 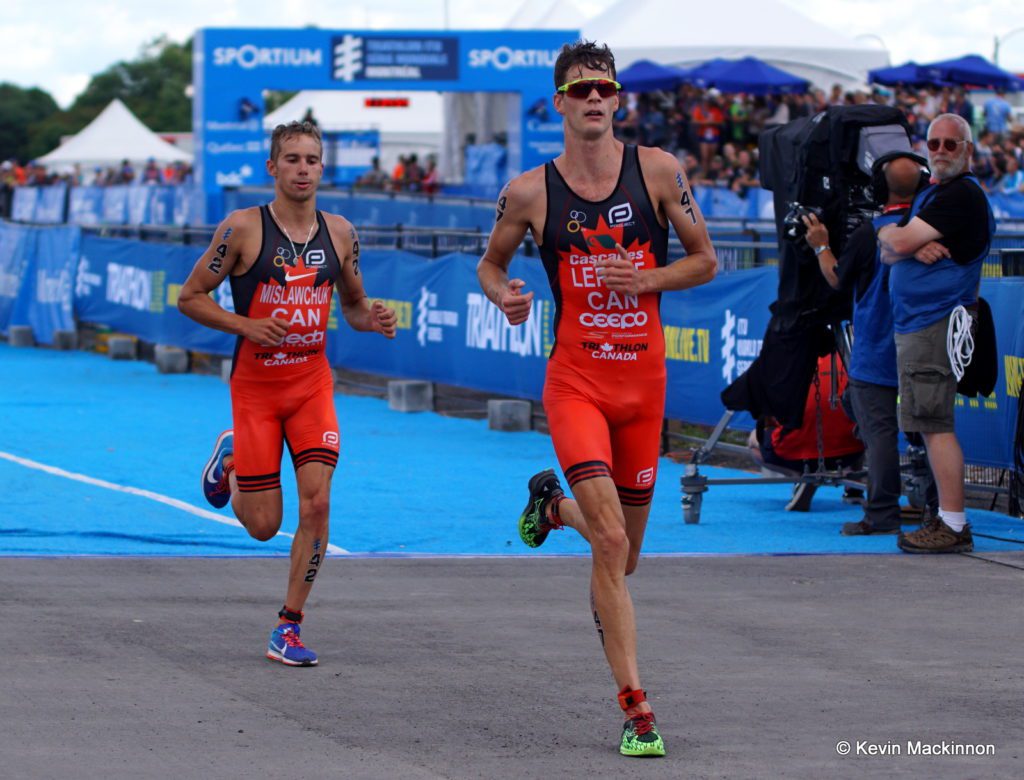 Canadians racing in Montreal in 2017. 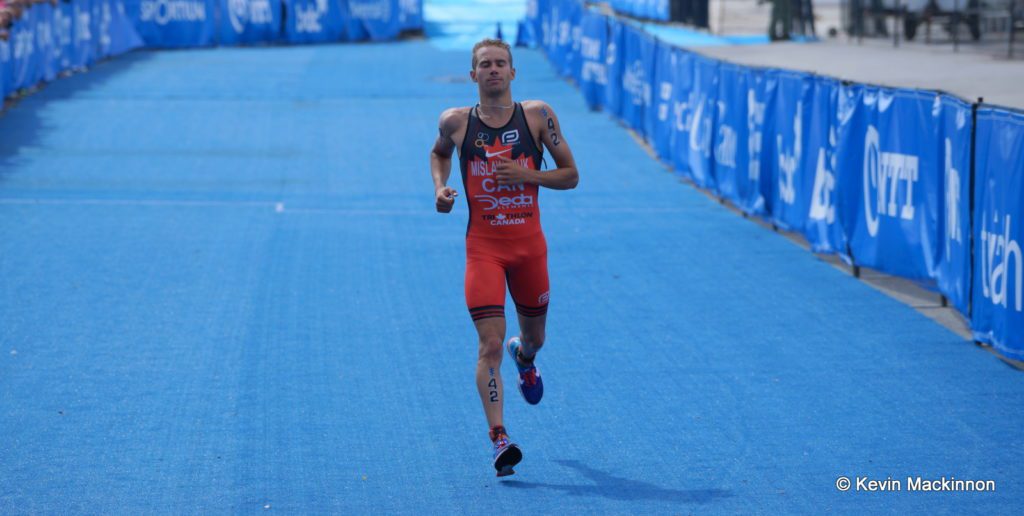 Tyler Mislawchuk racing in Montreal in 2017.

Alexis Lepage racing in Montreal in 2017. 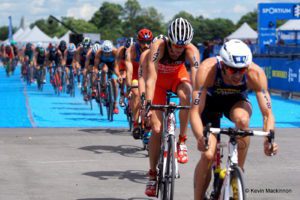 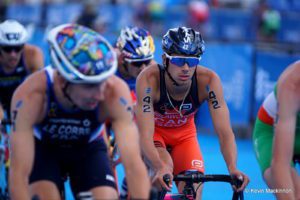 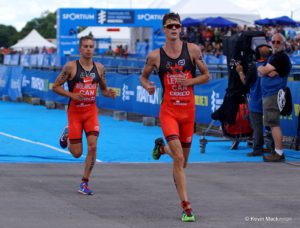 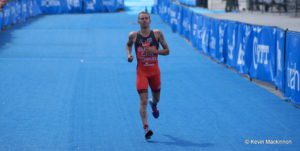 The relay that Plante, St.Gelais, Huot and Despatie will be competing in on Saturday is part of a bigger weekend of amateur and elite triathlons. This weekend, Montreal will host the world’s best women and men triathletes for two days of racing. The race is part of the World Triathlon series, and Montreal is the last stop before the World Championships in September. Mario Mola (ESP) and Katie Zaferes (USA), the world ranking leaders this year will be racing this weekend to stay atop the leaderboard. They will be challenged by the likes of Vicky Holland (GBR), Jacob Birtwhistle (AUS), Rachel Klamer (NED), Richard Murray (RSA), Ashleigh Gentle (AUS) and Henri Schoeman (RSA).

Canada will also have a competitive team this weekend. The men’s side will be led by Tyler Mislawchuk, Canada’s best-ranked triathlete in the world standings (currently 11th). He will be joined by Matthew Sharpe, Alexis Lepage, John Rasmussen, Charles Paquet and Taylor Forbes. On the women’s side, Joanna Brown and Amelie Kretz will fly the flag for Canada.